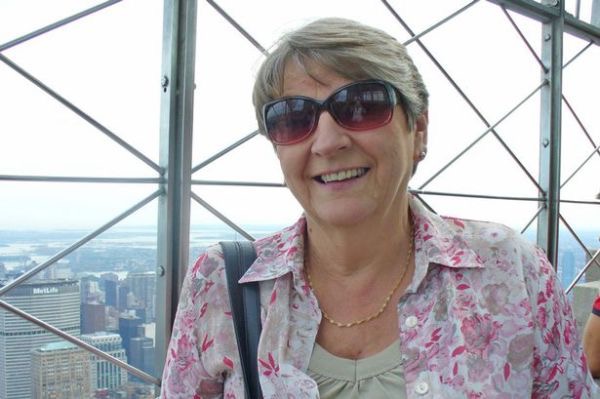 The nephew of retired deputy headteacher Anne Dunkley has pleaded guilty to her manslaughter on the grounds of diminished responsibility.

But in a short hearing at Birmingham Crown Court he admitted her manslaughter and a charge of wounding with intent against her son, Matthew Dunkley.

Prosecutor Adrian Keeling QC said the guilty plea to the lesser charge was accepted after doctors diagnosed Emery as suffering from paranoid schizophrenia.

Mrs Dunkley’s family had also been consulted before the plea was accepted.

The court heard there was evidence Emery, from Clinton Road in Shirley, was suffering from a mental disorder at the time of the killing on 5th June 2015.

Mr Keeling told the court; “There is a unanimous diagnosis of paranoid schizophrenia and clear evidence of abnormal mental function on the day of the incident against his aunt who had shown him nothing but love.”

Mrs Dunkley was a former deputy head of Hatchford School in Chelmsley Wood, a church warden and a secretary of 1st Marston Green Scouts.

She died of head injuries after being attacked at her home in Elmdon Road, while Matthew also suffered serious injuries.

Following her death there was an outpouring of grief in the community from former pupils, neighbours and fellow churchgoers at St Leonard’s church where she was a warden.

Mr Keeling said Emery, who had a history of mental illness, had been seen acting oddly shortly before the killing.

He said: “Just before he was doing gardening for Georgina Goodwin. Her unease was such that she left him for a while because she felt uneasy in his presence.”

When she returned she said Emery had been rambling and making no sense.

Mr Keeling added: “After the killing he (Emery) was unable to recognise his own cousin. Those who witnessed what took place said he looked in a world of his own.”

Doctors assessing Emery had been asked if he could have faked his symptoms after the killing, but ruled the symptoms would be very difficult to mimic.

Mr Keeling said: “He was suffering from abnormal mental function from a recognised mental condition that provides an explanation in part, or a contributing factor, for why he acted (that way).”

Judge Patrick Thomas QC said it was the decision of the prosecution to accept the plea to manslaughter from Emery, who was remanded to a secure hospital.

Adjourning the case for sentence, he told Emery: “The prosecution have accepted your plea.

“Plainly you were mentally ill and it was that mental illness that contributed to what you did.

“Sentencing will be on May 13, in the meantime you will remain where you are.”