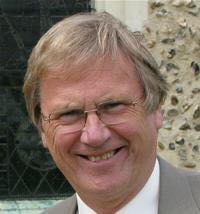 Last night at Solihull’s Annual Council, Councillor Ian Courts was elected as the new Leader of Solihull Council (Tuesday 14 May).

Councillor Courts, who has been Deputy Leader since 2014, takes up the leadership role from Councillor Bob Sleigh OBE, who announced he was stepping down from the position in April.

New cabinet portfolio holders were also agreed at the meeting, which are as follows:

Councillor Courts said: “Having served as a ward councillor in Dorridge & Hockley Heath since 2003, I am very pleased and honoured to become Leader of Solihull Council.”

Also on the evening, Councillor Stuart Davis was elected as the new Mayor of Solihull for the municipal year. Councillors expressed their appreciation to the retiring Mayor, Councillor Flo Nash, for the service she has provided to the borough during her term of office.