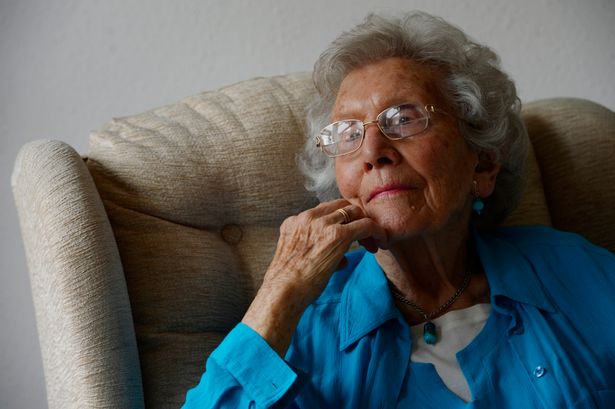 99-year-old Norah Charlish has led a remarkable secret life – she helped end the Second World War – but her work was so secretive even she did not realise the role she had played until 30 years after the Nazis were defeated.

Norah was part of the Bletchley code-breaking operation, working at one of the top secret ‘Y’ stations, she took down the Morse Code messages coming in from the enemy.

Then the boffins at Bletchley battled to decode them, eventually cracking the codes and shortening the war, saving countless lives.

Without the work of the ‘Y’ stations, Bletchley Park and its intelligence might never have existed.

Retired headteacher Norah, from Solihull, told the Birmingham Mail the incredible story of how for 30 years after the war had ended, she still had no idea she had been part of one of the biggest covert operations in history.

Norah, along with a select group of those trained in wireless telegraphy, had the task of taking down messages in Morse code.

Having signed the Secrecy Act, she had no idea that she was taking down messages coming in from opposition forces, for decoding at Bletchley.

“It was an incredibly boring job,” she said. “I couldn’t wait to get out. It was shift work and we worked long hours.

“We had no idea what these messages were that were coming through.
“Our job was simply to listen, write them down on a grid and send the work down a shoot, where they would be collected.

“We didn’t know where these messages were going or why.

“We didn’t know what they meant – we were not allowed to know anything.”

Already skilled as a shorthand typist, she volunteered to be trained in wireless telegraphy and was stationed in Scarborough, where she worked at the ‘Y’ station for two years.

She said: “The wireless telegraphy was just something different.

“I can’t even remember what I was paid, probably because we had our board, lodgings and clothes paid for.

“We had one day off in four, and that was to sleep.

“We would be picked up in a van for every shift and taken to the station, which was in a remote area.

“I don’t think I ever saw the outside of the building fully.

“It was incredibly hard work because you have to be focused for very long periods of time. It’s work which also ruins your hearing.

“Radio is not as clear as it is today and often you would struggle to hear the information coming through.

“You would often get interference but you needed to make sure the information you were taking down was accurate.”

The information taken by the interceptors was then taken in various forms of transport – often laundry vans – to Bletchley or, in some cases, directly to Winston Churchill.

Norah left the job when she became pregnant with her daughter, Lynette Braid, now aged 72.

30 years after the war had ended, she met up with former colleagues – and learned the true role she had played.

Modest Norah added: “It was still just a job – that is how I have always thought of it. The real heroes were those on the front line.”