Outcry at JLR plans to build on green space 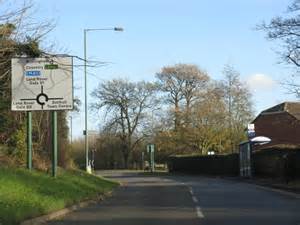 It was organised to gather public opinion on JLR’s plans to build a new despatch area on land at Damson Parkway. The plans, which have been submitted to Solihull Council, also include the building of a linked bridge over Damson Parkway, which some residents fear will be unsightly.

Councillor Hewings said he leafleted around 1,000 people in the area, who he believed would be affected by the plans.

“A lot of people are going to be affected by these latest plans, more than perhaps is realised,” he said.

“There was a very good turnout at the meeting and the residents were all very concerned.

“One of the main concerns is that this despatch area is going to be built on what I believe may be green belt land.

“This has raised questions over why this facility cannot be built on JLR’s land.

“The company has built a multi-storey car park for staff on its own site, so why can’t they do the same in this case?

“This will be a site where the final checks on vehicles will be made and it will be a 24-hour operation.

“There will also be high security around there, especially with the amount of valuable cars involved.

“JLR has created thousands of new jobs in Solihull and that is very welcome. But the current development proposals would have a serious environmental impact upon the wider Solihull community and our greenbelt.”

Comments can be submitted to the council on the application until 17th April.