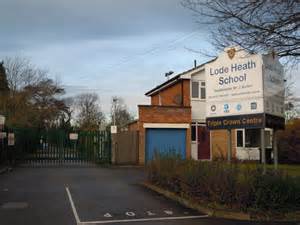 Parents, children and schools across Solihull are once again on high alert after two more cases of young girls being approached by strangers.

On Wednesday two Widney Junior School girls were approached by an elderly man – details of the incident are not available.

Meanwhile, the following morning, two girls from Lode Heath School were subject to sexually suggestive comments from a stranger – details of the man have not been made available.

The latest incidents follow a seven-year-old girl being asked to get into a strange man’s car on Widney Manor Road on Monday 10th March and another attempted abduction of a ten-year-old girl in Slater Road, Bentley Heath/Dorridge on 24th January where, again, the man tried to lure the girl into his car.

In all of the cases the young girls have run off and reported the incidents to schools and the police and nobody has been physically hurt.

Police patrols have been stepped up and schools are reminding youngsters of the ‘Stranger Danger’ call.

No further joint action between Solihull Council, the Police and schools is being taken at this time.

Following the latest incidents a Council spokesperson said: “We have an effective system in place to share information with schools and parents when incidents occur.

“Children have been reminded about stranger danger and those who have been involved in these incidents have all had the good sense to walk away and report their concerns.”