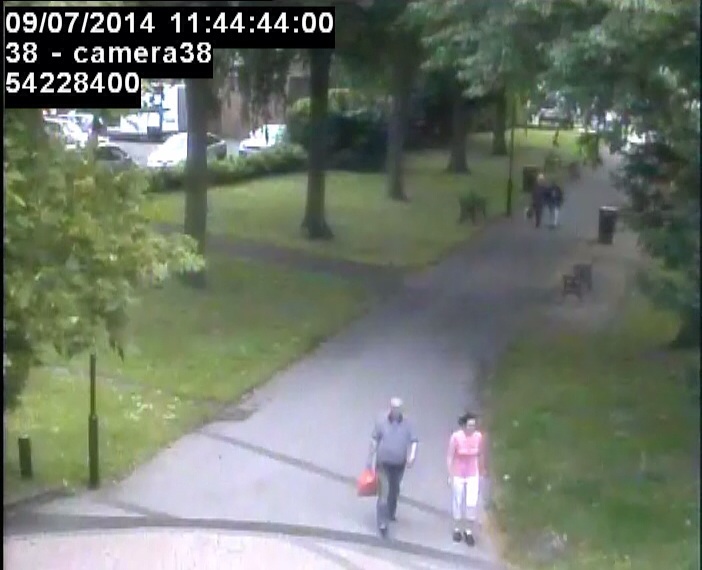 Solihull Police have released CCTV images of two people they would like to speak to after a man had his teeth knocked out in an assault in a park.

The 69-year-old was walking his dog in Shirley Park at around 11.45am on 9th July, when he was approached by a man and a woman, who told him he needed to put his dog on the lead.

The man then punched the dog walker to the face, causing him to lose four of his front teeth.

Detective Constable Ruth Morris is investigating the incident and said: “Shortly before the assault, the woman mentioned that she was allergic to dogs − so this may hold a further clue as to her identity.

“We have carried out numerous inquiries in the area, including a CCTV trawl, and we have come across this image of two people who we are keen to identify.

“I would urge anyone who knows who they are to contact us on 101, or the independent charity Crimestoppers anonymously on 0800 555 111.”