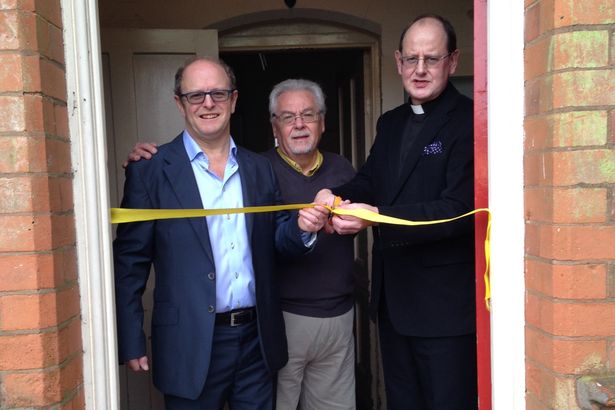 The busy hall, originally built as a school and chapel, has been at risk of closure since regular church services ceased there in 2010.

The Church of England Trust had considered selling the historic building, but an agreement has been reached with the local community to appoint new trustees to manage the hall. The red brick building, in Hampton Lane, was built by local philanthropist and pen nib maker Joseph Gillott in 1879. At the time he owned most of the farms and estates east of Solihull. He bequeathed it to the village as a school and church. The hall was under village control, but in recent years came under the care of Solihull Parish Church.

Chairman of the Trust, Stephen Wallis, said: “It was amazing to see the village hall full to bursting, with new village families as well as our elderly folk who have lived in the village for decades. With such fantastic support from all across the village we know we have done the right thing in rescuing the hall for the community. We also had a vote to decide the name of the hall and it will now be officially called Catherine de Barnes Village Hall.”

Dave Cuthbert, chairman of the village Residents’ Association, said: “The village hall is the heart of our community and it would have been a great loss if we had been unable to save it from developers. Our task is now to improve some of the facilities and keep it a vibrant community resource.”