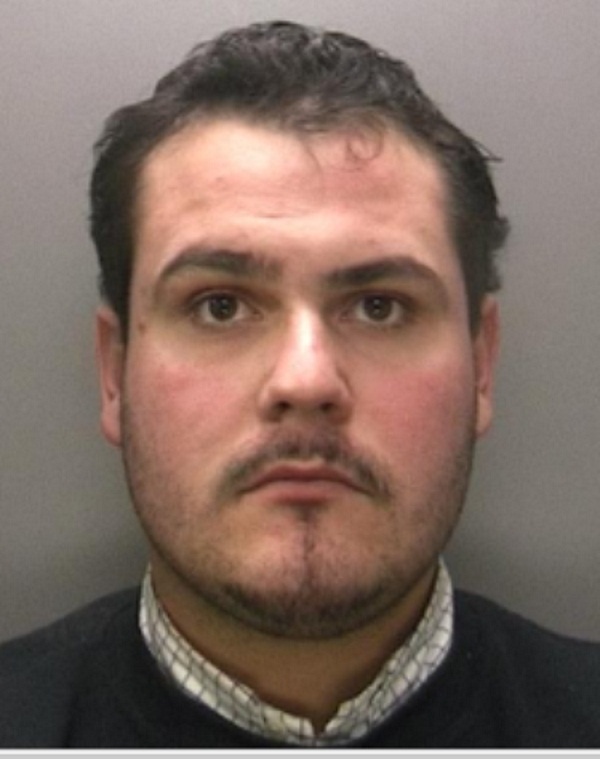 A cruel rogue trader who ripped off an elderly resident with sky-high fees for shoddy work has been jailed following a West Midlands Police investigation.

Harry Smith preyed on vulnerable people − including Alzheimer’s and dementia sufferers − he could talk into home maintenance that surveyors later deemed extortionately priced, often unnecessary, and potentially damaging to property.

They included a 71-year-old Solihull woman he cold-called on 10th January last year offering to carry out roof repairs and tile jet-washing for £1,200.

But over the space of several days Smith, who used the alias ‘Michael’, convinced her to agree more dubious work, like a £150 “weed sealant” that saw him simply splash a mystery solution over her driveway from a watering can.

He eventually left the Knowle pensioner with a demand for £2,300.

Police arrested the 24-year-old − a traveller whose last known address was in Earl Barton, Northampton − on 1st February after he’d escorted an 83-year-old Solihull lady to her bank in the hope of getting away with a cash lump sum for more dodgy work.

However, an astute cashier became suspicious, refused to hand over the money and passed his van’s details to police − and Smith was later stopped in his works vehicle by officers responding to the alert.

He went on to admit one count of fraud by false representation and at Birmingham Crown Court on Friday (4th July he was jailed for 25 months.

The judge also imposed a Serious Crime Prevention Order that for the next three years bans Smith from touting door-to-door for any kind of building or repair work or for advertising such services − and risks more jail time should he flout the order.

And a Proceeds of Crime Act (POCA) investigation has been launched that forces Smith to prove he’s accrued a sum of £33,000 legally. If not, he must pay back the money or face the prospect of more time behind bars.

“The reality though was very different: he is a prolific rogue trader who targeted elderly folk he believed he could con by paying huge sums for very poor quality repairs and who were unable or unlikely to check his workmanship.

“One victim described feeling mesmerised by the huge number of leaflets being thrust at her, the speed at which he was talking and the array of work he offered.

“Rogue traders like Smith aren’t ‘cheeky chappies’ trying it on and hoping to make a few extra pounds − they are calculated, cruel conmen and, as this case shows, we will investigate and push for tough prison sentences.

“And the court recognised the serious nature of Smith’s rogue-trader offending by imposing a Serious Crime Prevention Order. Should he ignore its terms he faces up to five years in jail.”

A chartered building surveyor appointed by DC Delaney to assess Smith’s work concluded a price of £400 − not £2,300 − would have been reasonable for jobs claimed to have been undertaken at the 71-year-old’s Knowle home.

The report added: “The work was inappropriate…pressure washing a roof can create water penetration internally and damage tiles. Workmanship was poor and would provide very limited benefit to the householder who will need the drive re-sanded immediately and attention provided by a competent tradesman to re-fix the verge caps.”

DC Delaney advised against accepting work offers from any cold callers. He said: “If people are looking to get any property maintenance done they should always get at least three quotes and never accept work from people who turn up unannounced.

“They may offer cut price repairs but often victims find the initial quote ends up being hugely inflated further down the line…and the rogue traders can be very forceful and intimidate people into handing over cash.

“If anyone feels they’ve been targeted by people like Smith, I’d urge them to contact us on the 101 number so we can take action.”