Shirley resident fined £4,880 for obstructing a shared passageway with waste and rubbish 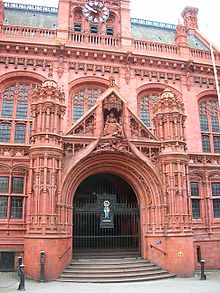 A Shirley resident has been prosecuted under the Environmental Protection Act 1990 for failing to comply with an abatement notice requiring her to keep a shared passageway clear of obstruction.

Ms Hunt of Lindridge Road had repeatedly ignored a notice served to her by Solihull Council’s Environmental Crime Team in December 2014 and continued to obstruct the passageway with rubbish and waste.

The accumulations were removed by the Council to prevent risk to health.

On 16th March 2016, Birmingham Magistrates found Ms Hunt guilty of seven charges of failing to comply with the notice, without reasonable excuse, between January and May 2015 – she was ordered to pay £1760 fine, £3000 Council costs and £120 surcharge.

Alan Brown, Head of Environmental Services, said; “This case has had a serious impact on the local area and neighbouring residents over an extended period of time.

“The health of those who live, work and visit Solihull is extremely important to us and the actions we have undertaken have ensured others are not put at risk.

“The Council provide a number of services that assist residents in managing their waste to prevent these issues from occurring.”