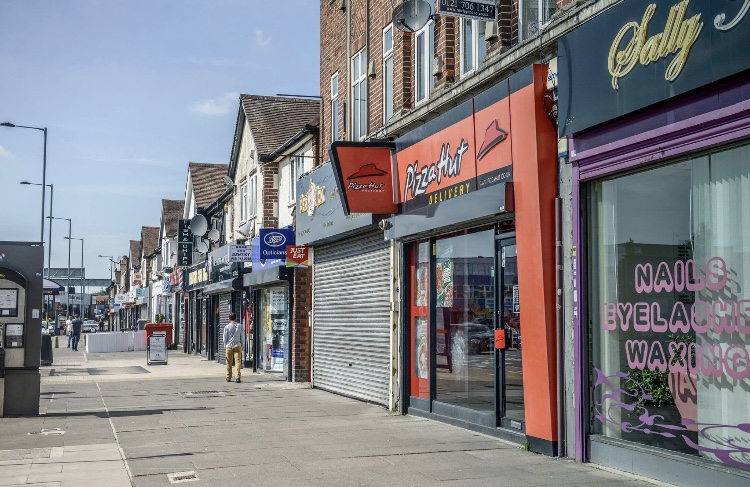 Shots were fired outside a Pizza Hut takeaway as a 4×4 smashed into traffic lights on Coventry Road in Sheldon.

The gunfire came from two men on a scooter as a Land Rover Freelander crashed, West Midlands Police said.

Bullets hit the takeaway just after 10pm on Friday (31 August).

A West Midlands Police spokesman said: “Police were called to Coventry Road in Sheldon just after 10pm last night (31 Aug) to reports of shots fired by two men on a scooter and a Freelander colliding with traffic lights.

“Although officers were at the scene within minutes, all parties had fled.

“The Freelander has been recovered and no injuries have been reported.”

An employee, who was in the takeaway at the time, saw the terrifying drama unfold and spoke to BirminghamLive.

Duty Manager Aminah Rasab said she was ‘ scared’ by the events.

“The crash happened first and then the shooting.

“My driver and I heard the crash and ran outside. I saw a car on the other side of the road and then a bullet hit the window.

“We saw a guy run past so I pulled the shutters down and called the police and the area managers, then the police came quite quickly.”

“There was just one customer in the shop and she was really scared.”

Witnesses said the busy commuter road was blocked off in both directions following the drama near the The Wheatsheaf pub .

Aminah, aged 18, was back at work on Saturday.

“I was scared but I still came into work,” she said.

Anyone with information should call police on 101.