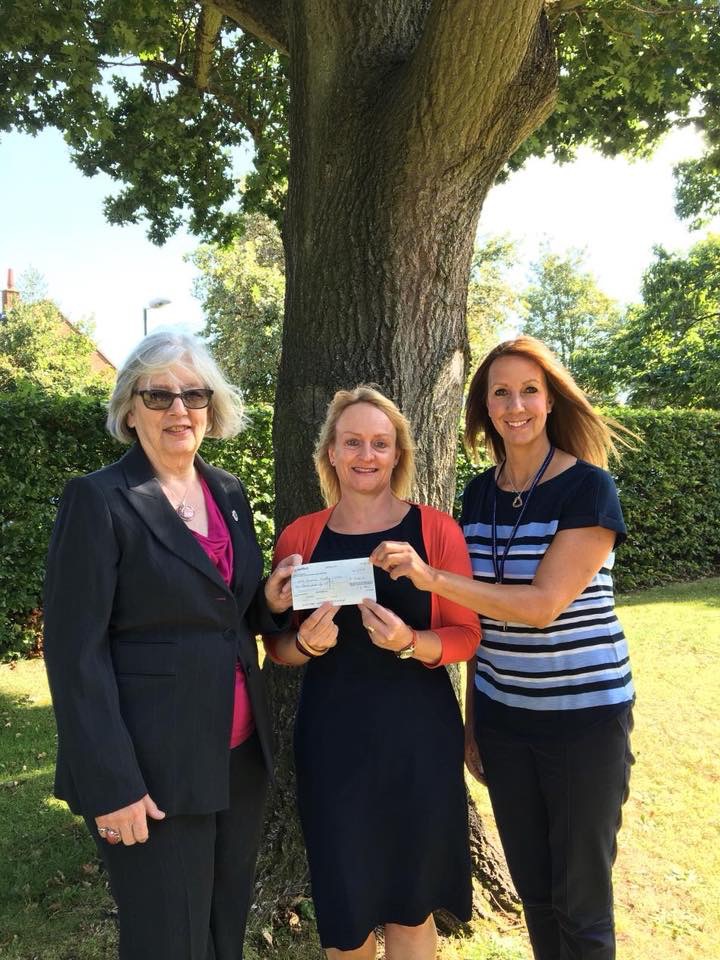 Solihull Council has donated £8,000 raised from the recycling of metals from cremations at Robin Hood and Woodlands cemeteries to Solihull Bereavement Counselling Service.

A cheque was handed over by Councillor Alison Rolf, the council’s Cabinet Member for Stronger & Safer Communities, to the charity’s Chair Sue Rose and Manager Julie Swiffin at a ceremony earlier today (Wednesday 4 September).

The money comes as a result of Solihull Council being part of the Institute of Cemetery and Crematorium Management (ICCM) Recycling of Metals Scheme, which sends the money raised from the recycling of metals back to the council – then a local bereavement-related charity is nominated to receive a donation.

All of the material recycled is only processed with the written consent of each bereaved family.

Councillor Rolf said: “It is a great honour to be able to donate this incredible amount of money to this charity, which plays such an important role for people living and working in Solihull.

“Dealing with bereavement can be a very difficult time, and it is thanks to the great work of Solihull Bereavement Counselling Service that bereaved people can hopefully move on with their lives.

“Thank you to every bereaved family that has agreed to take part in the scheme, as without their support we would not be able to provide such an incredible amount of money to this extremely worthwhile cause.”

Solihull Bereavement Counselling Service, which received the Queen’s Award for Voluntary Service in 2018, is based at Solihull Hospital and has a team of dedicated volunteer counsellors who provide a sensitive service for people living or working in the borough.

Its purpose is to help bereaved people come to terms with their grief in the way most appropriate to them, and to help identify ways of moving on with their lives.

Sue added: “We are absolutely thrilled to receive this donation from Solihull Council. It will make a huge difference to the work we do and the support we provide to people in Solihull. Thank you for choosing our charity to be this year’s beneficiary of this worthwhile scheme.”

Find out more about Solihull Bereavement Counselling Service at solihullbereavement.org