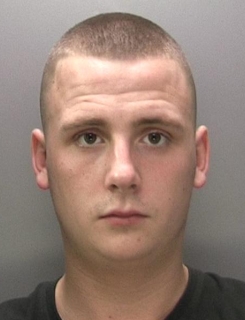 A Shirley resident who claimed that a cocktail of drugs discovered at his flat were for him and his friends has been jailed for two years and 10 months.

Oliver Riando was interviewed back in August 2013 as officers from the Shirley policing neighbourhood team responded to concerns about suspicious activity at his Stratford Road flat.

Members of the community had contacted officers to complain that the 32-year-old was hosting parties for friends, with a suspicious pungent smell suggesting the get-togethers were drug fuelled.

In response, officers executed a drugs warrant on Tuesday 6th August 2013 and once inside the property discovered a stash of cocaine, cannabis, steroids and £3,000 in cash.

Riando, who was not present at the time of the warrant, told officers that the drugs were for his personal use, in an attempt to try to evade a more serious charge of processing the drugs with intent to supply. But as the investigation proceeded, he later admitted the drugs were also for the use of his friends. He was then charged with supply offences.

Commenting on the result, PC Dave Robinson, from Solihull police, said: “Riando appeared to think that his claims of a seemingly social set-up, where he supplied friends with drugs, didn’t class as drug dealing, but the sentence handed out by the court rightly suggests otherwise.

“He had only been at the flat for a few weeks when the behaviour of himself and his friends caused concerns in the local community, who provided us with information that allowed the warrant to be executed.

“I hope that everyone who hears about this result, and may have information about those involved in drug-related crime in their community, no matter what the scale is, contacts officers so we can take similar action.”

You can report drug dealers to police on 101 or by calling the independent charity Crimestoppers anonymously on 0800 555 111.