Solihull in top 5 destinations for shopping in UK 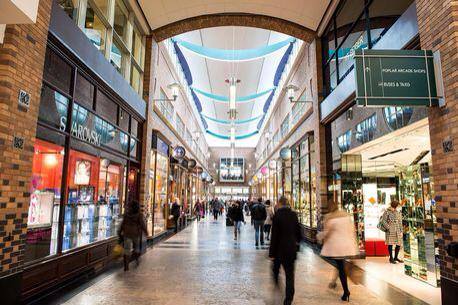 Less than a year after being voted the UK’s best place to live, Solihull has been identified as one of the country’s top shopping locations.

According to property agent DTZ, the upmarket town will be one of the five healthiest retail destinations in five years’ time alongside the West End of London, Surrey, west and north west London and Oxfordshire.

The research is based on a number of factors, including population growth, unemployment rates, consumer spending forecasts, household income, high street vacancy rates and the quality of retail currently on offer.

Jonathan Rumsey, associate director for retail market analysis for DTZ, said Solihull stood out as the list was generally dominated by London and the South East.

“It does pop out where you have got London and the South East areas that make up the majority of improving areas” he said.

“It has got a very strong demographic catchment with wealthy achievers and rising prosperity – the healthy, wealthy and most confident consumers.

“Solihull has a very high proportion of those compared to other areas around the UK.”

The selection comes after uSwitch.com’s Quality of Life Index put Solihull at the top of the list.

That study assessed 138 areas on 24 elements, including salary, disposable household income and the cost of essential goods, such as fuel, food and energy bills, as well as influences such as working hours, life expectancy and hours of sunshine.

The RPHI uses historic and forecast economic data for population, unemployment and consumer spending, as well as demographic data about the relative affluence of households.

Retail characteristics include the volume and type of floorspace, vacancy rates and competitiveness in terms of retail sales spending.

Mr Rumsey added: “At the moment Solihull has got a very low vacancy rate compared to other areas across the UK.

“We may see that decrease further which could lead to positive rental growth. Solihull’s inclusion will come as a surprise to some but it has a strong demographic mix and a low vacancy rate.”

Mr Rumsey added he believed a strong retail sector in areas like Solihull proved talk of the death of the high street was premature.

Other retail ‘hotspots’ to watch as being on the up included Berkshire, Cheshire, Worcestershire, Northamptonshire and Shropshire.

She added: “Solihull bucked the trend during the recession with very few vacant units, packed events and festivals and a steady stream of new brands arriving in the town.

“Working closely with our partners across the town centre we have also managed to secure a coveted Purple Flag Award for our diverse evening economy and late night offering.”

Ms Palmer said the town was on course to deliver on DTZ’s prediction, particularly with a multi-million pound investment by IM Properties in Mell Square in the pipeline as well as further investment in Touchwood.

She added: “The investment planned in both Mell Square and Touchwood will transform the town even further over the next few years and it is this opportunity for further growth that DTZ has identified.”