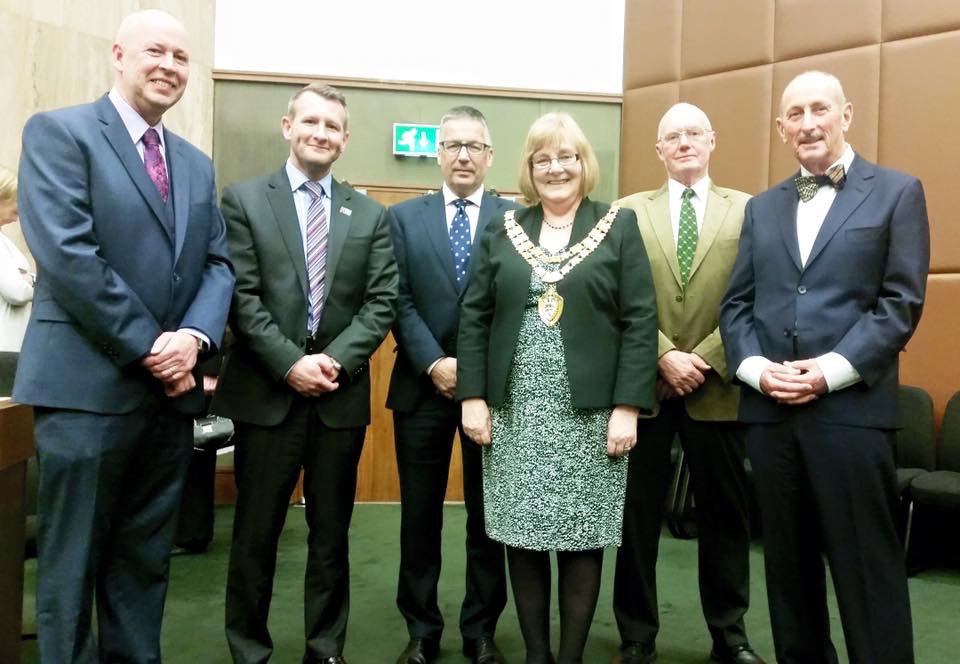 The Mayor of Solihull, Councillor Glenis Slater, met residents of Solihull on Tuesday 8th March who had been recently acclaimed in the Queen’s New Year’s Honours.

The five Silhillians and guests were welcomed by the Mayor and had afternoon tea in the Mayor’s parlour, in recognition of their achievements.

Mr Roger Atkinson, Assistant Director of Counter-Avoidance for HM Revenue & Customs, was made an Officer of the British Empire (OBE) for services to taxpayers.

Mr Arnold Kaplan was made a Member of the British Empire (MBE) for charitable services.

The Solihull Mayor said: “It is a wonderful honour to meet all these people who have given so much to their communities.

“Having to the opportunity to speak to them allowed me to learn about all the brilliant work they do and it is lovely that their efforts have been recognised.”