Solihull School Army cadet Leticia Salmon is off to Africa 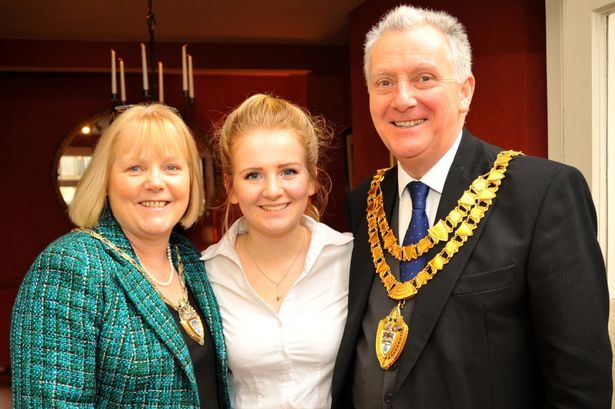 After planning her mountaineering and charity challenge with military precision, the 16-year-old corporal in the school’s Combined Cadet Corps raised £1,300 to take part in Exercise Kenya Venturer after turning her home into a tea shop.

More than 70 supporters, including the mayor of Solihull Coun Joe Tildesley and wife Joan, tucked into the full afternoon teas, served up by Leticia. She made more than 100 pots of tea and served over 1,000 homemade cakes and sandwiches over six hours, and ran a raffle for a dozen donated prizes.

The proceeds from the event, added to those from other fundraising, were also enough to net £900 towards the funding of much-needed new buildings for Thangathi Primary School, which Leticia will be helping to build with other cadets during the expedition.

The teenager is among 42 cadets selected from 800 nationwide applicants to join the British Army-led initiative. The expedition this summer will include a six-day climb of Mount Kenya and white water rafting, as wells as assisting with the Thangathi school building project.

Leticia said: “The whole day was a great success. All the running around serving, cleaning tables and making endless pots of tea was worth the effort. And a huge thank you must go to all those who supported the event.”

Leticia is one of 25 girls in Solihull School’s Corps – 18 in the Army section and seven in the RAF section – out of a total of 105 cadets.