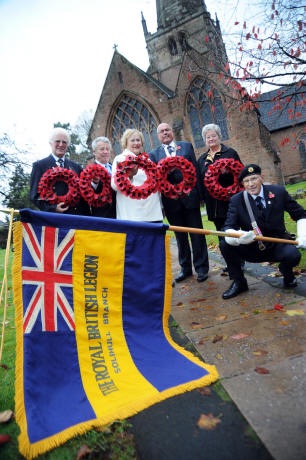 Solihull Royal British Legion chairman Dave Mouzer has paid tribute to everyone involved with the campaign – and all those who have inspired the record-breaking generosity.

Mr Mouzer said: “A massive thank you to everyone involved in the campaign for helping us raise such an amazing amount of money on this very special Remembrance Day.

“The centenary of the outbreak of WW1, along with all the media coverage it has received such as the poppies at the Tower of London, has served to bring the sacrifices of our soldiers right back in to people’s minds and has helped ensure such generous donations.

“Without the help of the people of Solihull we would not be able to continue our vital welfare and benevolent work in aid of our personell and their families.