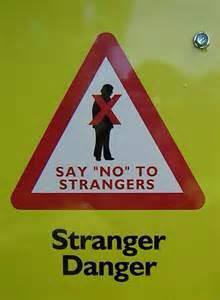 Fear and worry has once again been struck in to the heart of parents across the borough after a second attempted child abduction in less than two months.

The latest incident happened on Widney Manor Road at around 4.30pm on Monday 10th March when a seven-year-old girl was asked by a man to get in to his vehicle.

No attempt was made to physically force the girl in to the car and she immediately ran away and raised the alarm with a teacher at nearby St Alphege Church of England School.

The attempted abduction is the second in the borough this year.

A man tried to lure a ten-year-old schoolgirl in to his car in Slater Road, Bentley Heath/Dorridge, at around 8.00am on 24th January – but drove off when she ran off and alerted her school and the police.

Solihull Council and the police are urging parents and schools to remind children about ‘stranger danger’ and police patrols have been increased.

Anyone with any concerns should contact their local neighbourhood team on 101.