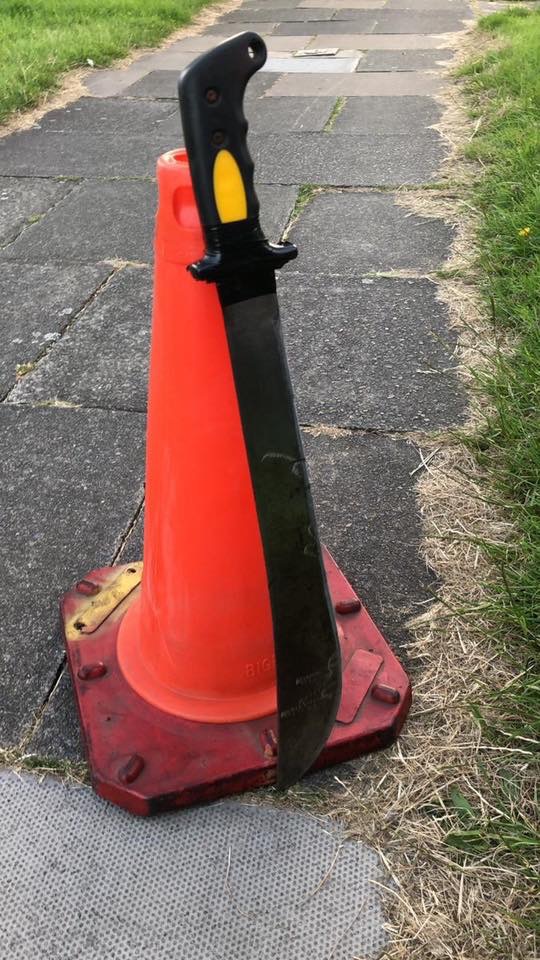 Officers patrolling Shard End at 8.30pm were flagged down by a member of the public reporting a gang of armed moped riders trying to steal a scooter in Hartshill Road.

Traffic cops and the police helicopter pursued three bikes for several minutes through Ward End and Castle Bromwich as the suspects – each with a pillion passenger – sped on the wrong side of dual carriageways and along pavements.

One bike was cornered in Shopton Road in Shard End where a Yamaha 125 bike – stolen on 1 July in Tyburn Road, Erdington, by robbers in possession of a firearm – was dumped and two youths made off on foot.

Teenagers, aged 18 and 16, were caught after a brief foot chase and remain in police custody on suspicion of vehicle theft, knife possession and robbery; the juvenile will also be questioned on suspicion of dangerous driving.

It’s suspected the gang are also linked to a motorbike robbery in Sheaf Lane, Sheldon, yesterday plus other bike thefts. Another suspected stolen bike was found abandoned near the arrest scene.

West Midlands Police Detective Inspector Jim Church said: “A witness has told us one of the teenagers discarded a machete as they fled… and that it was thrown in the direction of a young child. Thankfully no-one was hurt.

“The arrests followed some great teamwork involving the police helicopter, Force Traffic and the Dog Unit. It’s resulted in the recovery of a machete and two motorbikes.

“Our enquiries continue to identify and arrest other members of the gang and I would urge anyone with information to get in touch.

“A young child narrowly avoided serious injury as a result of their actions – they do not deserve any protection so if anyone believes they know who’s involved then please call us now.”

Anyone with information can contact West Midlands Police via Live Chat at WMP Online or call the charity Crimestoppers anonymously on 0800 555111. Callers won’t be asked their names and calls cannot be traced.