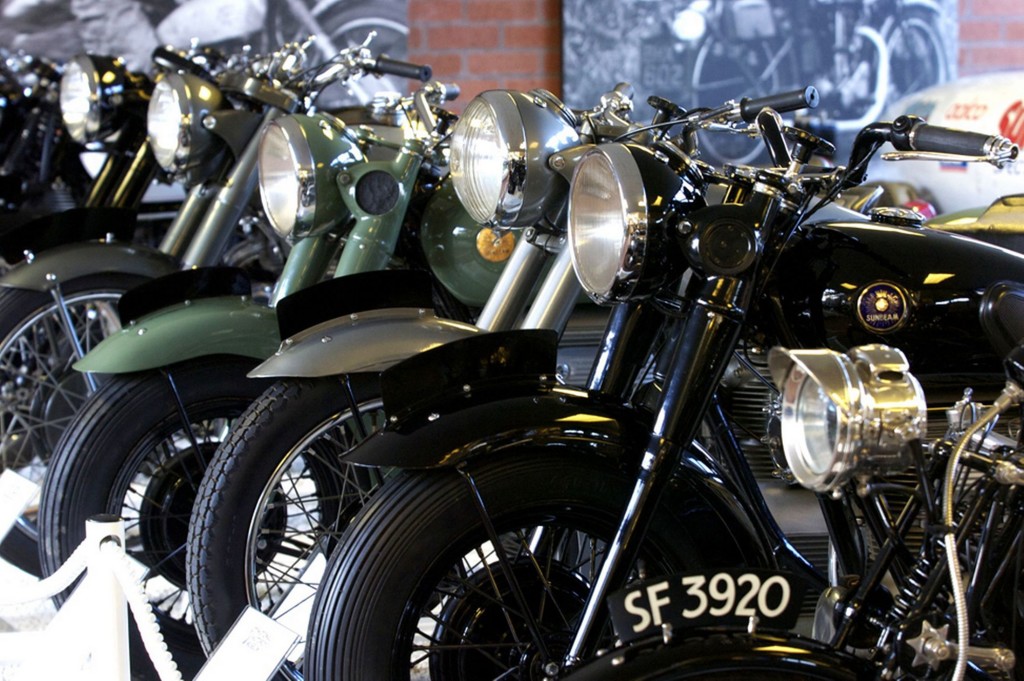 The museum first opened its doors on the Coventry Road near the NEC in 1984 with just 200 bikes. Three decades later its collection has grown to 950 machines and 250,000 people a year visit there.

The region was an ideal place for the museum because of the Midlands’ proud manufacturing record of making motorbikes. Although firms like Norton, BSA and Triumph had gone into terminal decline with the Japanese invasion of the 1970s and 1980s, the museum kept their spirit alive – but in 2003 all of that hard work was almost destroyed when a massive fire tore through the building after a carelessly discarded cigarette.

The results were devastating, three quarters of the site was burnt out and around 400 vintage motorcycles, many of them irreplaceable, were completely destroyed.  The future of the museum looked to be in doubt – but the crisis sparked an amazing response from staff and enthusiasts alike, and within 12 months the doors of the museum opened again, with a completely rebuilt conference and banqueting suite too.

The museum is planning a number of events for the anniversary including an exhibition of work entitled ‘A Celebration of the Motorcycle’, featuring pieces from artists, art students and local schoolchildren. A host of other activities will also take place, including screenings of key British races.

Museum director Nick Hartland said: “The motorcycle industry is one of Britain’s great engineering achievements and we strive to give visitors a comprehensive history, and keep our stunning collection of machines in top condition. We work hard to ensure our visitors have a fantastic experience, from initial arrival to the last goodbye.”

Also, proposals have now been submitted to Solihull Metropolitan Borough Council (SMBC) for a 250-bedroom hotel on the site and wider refurbishment that could create up to 200 new jobs. The proposals are timed to coincide with plans to invest hundreds of millions of pounds into a project, dubbed UK Central, to create 100,000 jobs around the proposed high speed rail link, the NEC and Birmingham Airport – however, the scheme would require development in the green belt and a senior Solihull councillor said the museum will have to prove exceptional circumstances before it gets the green light.

The museum said the proposals would lead to a “dramatic transformation” which would preserve the heritage of British motorcycle industry for many more decades to come.