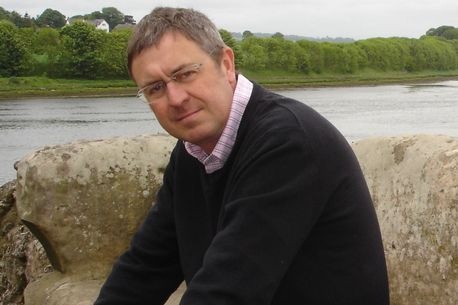 A popular Solihull theatre group boss died after he suffered a deep vein thrombosis in hospital while recovering from a serious cycling accident.

An inquest heard Chris Macrow had been making good progress at University Hospital Coventry after suffering severe head and chest injuries when he fell from his bike while riding with friends from Solihull Theatre Company.

The group’s chairman and co-founder had regained consciousness but just over a week after the accident he died suddenly when a blood clot which formed in his leg travelled to his lungs.

Mr Macrow, a 54-year-old partner at a construction consultancy firm, sustained a bleed on the brain in the fall and was airlifted to hospital after the accident, which happened in Poolhead Lane in Tanworth-in-Arden on 6th September last year.

Tributes flooded in following his death and more than 600 people attended his funeral at St Alphege Church.

Dr Richard Jackson, a critical care consultant at Coventry Hospital, told the inquest at Leamington Justice Centre it was likely Mr Macrow had lost consciousness before he fell from his bike because his injuries suggested he had not put his hands out to break his fall.

He said Mr Macrow was on course to make a good recovery from his brain injury before he suffered a deep vein thrombosis and died in the early hours of September 14 after the clot went to his lungs and caused a pulmonary embolism.

Representing Mr Macrow’s widow Sarah, Timothy Newman asked if more could have been done to reduce the risk of Mr Macrow suffering a DVT, which is more common in patients with brain injuries because of their inability to be moved regularly and the fact they cannot be given blood-thinning medication.

Mr Newman also pointed to notes which showed the day before he died Mr Macrow had reported sharp chest pains and he asked why doctors had not seen this as a possible sign of pulmonary embolism.

But Dr Jackson insisted while chest pain could be a sign of pulmonary embolism it could also indicate pain caused by the fractures to his chest or pneumonia so doctors had not been overly concerned.

He said Mr Macrow had worn special inflatable leg braces and received physiotherapy to reduce the risk of clotting and he stressed even if a pulmonary embolism had been suspected it would not have been possible to give Mr Macrow medication to thin the blood because of the risk of the bleeding on his brain worsening dramatically.

Delivering a narrative verdict, deputy coroner David Clark described the circumstances surrounding Mr Macrow’s death as tragic and said the medical evidence suggested he had suffered some sort of bleed on his brain before falling off his bike.

He paid tribute to his widow Sarah for the dignity she had showed throughout the process.

Sarah and Mr Macrow’s family and friends have so far raised £15,000 in his memory with the money set to be split between St James’s Place Foundation, The Get A-head Charitable Trust and the University Hospital Birmingham Charity.