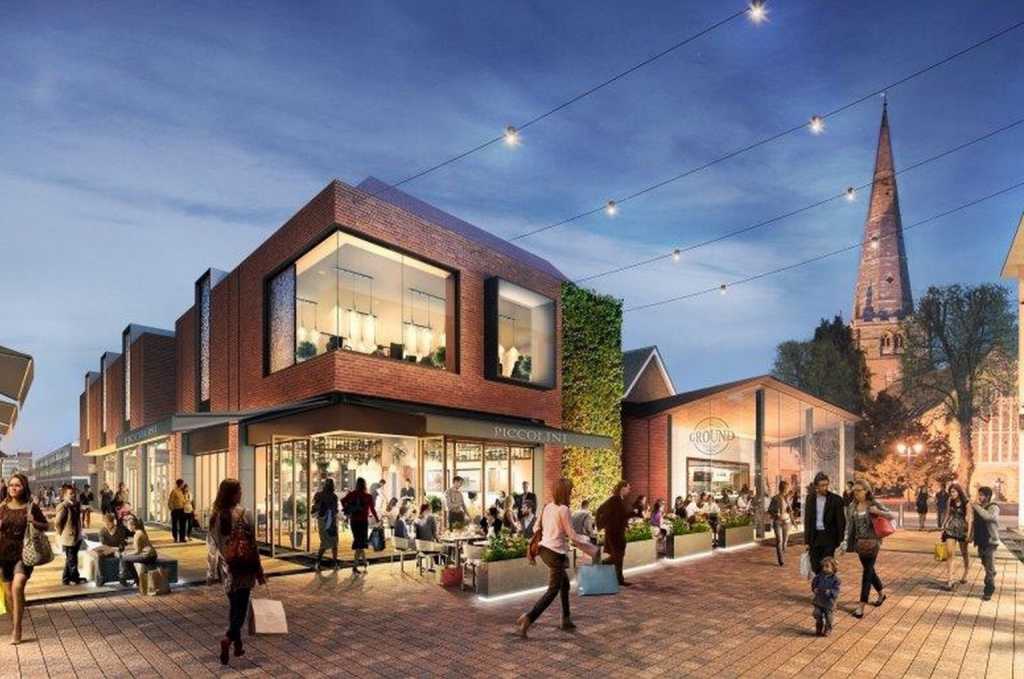 Plans for a huge expansion of Solihull’s Touchwood shopping centre remain in limbo with no update on the ambitious scheme moving forward.

The plans were approved towards the end of 2015 but planning consent has now expired.

The expansion plan included the creation of 30 new retail outlets and restaurants and the demolition of two existing council buildings.

It also involved making alterations and in some cases demolishing existing buildings in the High Street.

Developer Lendlease had said an expanded Touchwood would be a big boost to Solihull town centre’s economy.

The scheme attracted criticism though, with a number of compulsory purchase orders (CPOs) required for nearby business premises.

Concerns were also raised about the impact the expanded shopping centre would have on Solihull’s Manor House – a 15th century building in the High Street.

The impact on the Manor House and the town centre was even slammed by American descendants of the Griswold family who helped to settle and construct Solihull in the 15th century.

Trustees at the Manor House eventually came to an agreement with the developers and the local authority in 2016.

In spring that year Solihull Council had suggested the earliest start date would be the beginning of 2018.

In June 2018 the council wrote to Lendlease requesting an update on the scheme but in September was still awaiting a response.

September 2018 saw discussion take place in private at a meeting of the council’s resources and delivering value scrutiny board.

No announcement has been forthcoming since then, though a spokesman for Solihull Council revealed an update is still awaited and that planning consent has expired.

A spokesman told CoventryLive: “Last year, Solihull Council wrote to Lendlease to request their latest position with regard to their proposed plans for Touchwood, particularly as planning consent for this has now expired.

“The council is still awaiting a formal response from Lendlease, but discussions continue and more information should be available in the coming months.”