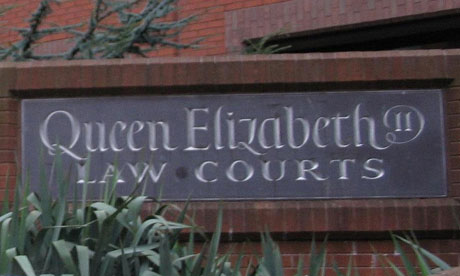 Two men have been sent to prison for seven years each after they were found guilty of robbing and assaulting a Solihull pensioner and his wife in their own home.

The men had forced their way into the home of a 66-year-old man in Buryfield Road, Solihull on the morning of Saturday 3rd August 2013.

DC Craig Brewer from Solihull Police said: “The man had answered his front door that morning as he was expecting visitors, only to be pushed over by the offenders who demanded money.

“While the homeowner was lying on the hall floor, his wife rushed to see what was happening and the two offenders again demanded money, before pulling her hair and forcing her to the floor. The men then snatched a gold necklace from around her neck valued at £2,000, before kicking her husband in the head.”

He added: “A relative of the couple then arrived at the address, causing the offenders to panic and run into a vehicle parked in nearby Ferndown Road. A witness called police with the registration number of the vehicle, which was a white van.

Police enquiries traced the van to Emerson Brown’s address in Reading and the men were arrested a short while later after the van activated cameras while on the motorway. On being arrested Mirza Beg tried to conceal something in his jeans pocket and after being searched officers found the stolen necklace from the robbery.”

After a number of enquiries and interviews whilst in custody the men were charged with robbery and assault with intent to rob.

Two other men charged in connection with the offence were found not guilty following the trial in January 2014.

DC Brewer said: “The family were extremely shaken by this incident in their own home but due to special measures at court were able to give their evidence without fear. I welcome these sentences and would like to thank the witnesses who came forward and provided police with the registration of the van, which enabled us to track and arrest the offenders.”