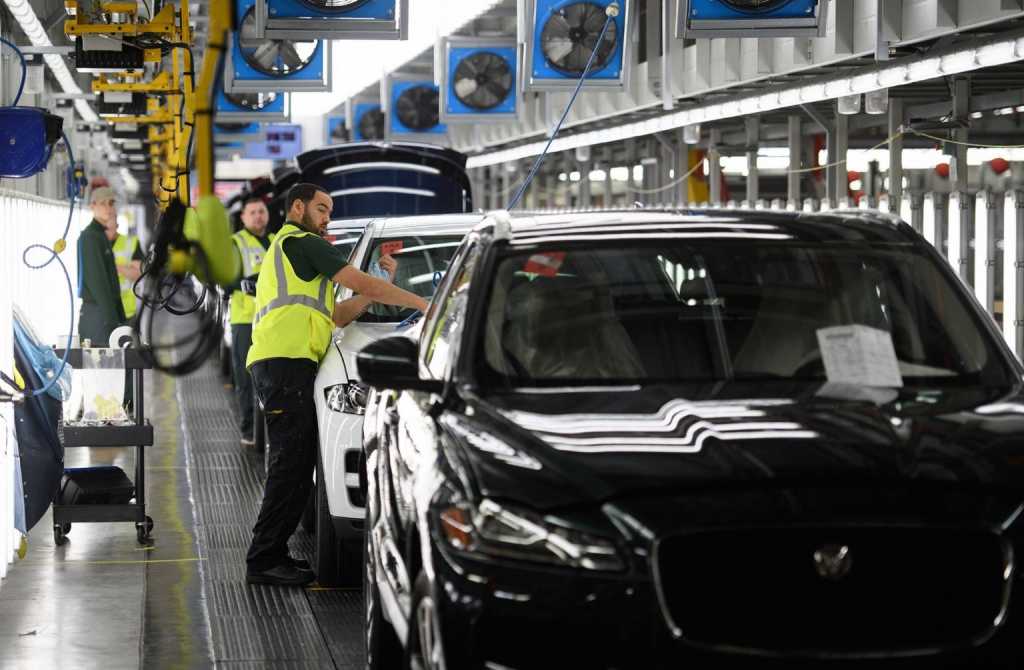 Hundreds of agency staff working at Jaguar Land Rover are set to be axed in the New Year, it has been revealed.

JLR has today announced “changes to its production schedule” and, with manufacturing of its Discovery moving to Slovakia in February, job losses have been confirmed.

Both JLR employees and agency staff have been briefed today, 29 November.

In a statement obtained by BirminghamLive, a spokesman for JLR said: “Jaguar Land Rover is continuing to invest heavily in its UK manufacturing operations with significant investment recently committed to Halewood for production of the new Range Rover Evoque and Solihull which will build the next generation of Range Rover.

“The external environment remains challenging and the company is taking decisive actions to achieve the necessary operational efficiencies to safeguard long-term success.

“To deliver a growing range of electrified cars for our customers we are making tough decisions, but the transformation of the business relies on this.

“Today, we have confirmed that Solihull will make some changes to its production schedule to reflect fluctuating demand globally and forthcoming infrastructure works resulting from the cessation of Discovery which will move, as already confirmed, to Slovakia early in the new year.

“Customer orders will not be impacted by any of these changes.

“In response to adjustments in vehicle production schedules, the EMC will take a temporary pause in production in its machine and assembly halls.

“Maintenance and salaried staff will continue as normal and those impacted continue to receive full pay for this period.”

JLR confirmed there will be no stand-down before Christmas and its contracted employees based in Solihull will not be affected by today’s announcement.

The same can’t be said for agency staff, though. It is expected around 200 to 400 more agency workers will be struck off in the New Year following the initial announcement back in April, a JLR spokesman confirmed.

The company, meanwhile, also said that the Christmas shutdown at its engine plant in Wolverhampton will now last three weeks – instead of just one week – for a third of the staff there.

Production changes will come into effect in the New Year, JLR confirmed.

Earlier this month, aggrieved staff at Jaguar Land Rover plants claimed there was anger and bitterness among colleagues, with one whistle-blower revealing how “most people are waiting for the axe to swing”.

It came after the luxury UK car giant announced sales had fallen by 13.2 per cent to 129,887 vehicles for the three months to September 30.

The company also reported revenues of £5.6billon and a pre-tax loss of £90million for the same period.

Commenting Unite national officer Des Quinn said: “Unite’s priority during this planned transition in production and changes to shifts is to safeguard as many jobs as possible.

“In the long-term the move of Discovery production to Slovakia will bring on stream new models at Solihull and secure the future of the plant for years to come. This investment in new models is a long-term commitment that recognises the skills of a workforce that has worked hard to make Jaguar Land Rover a global success story.

“In the short-term however, Jaguar Land Rover workers and many in the supply chain will have questions about what the transition to the new production and shift changes means for their jobs. Unite will be giving our members maximum support through this time.

“Unite will continue to work with Jaguar Land Rover and companies in the supply chain to ensure that the transition in production is as painless as possible and that measures to mitigate against job losses are in place to ensure jobs and skills are retained for the future.”