Upgrade of Solihull Council House looks set to get underway 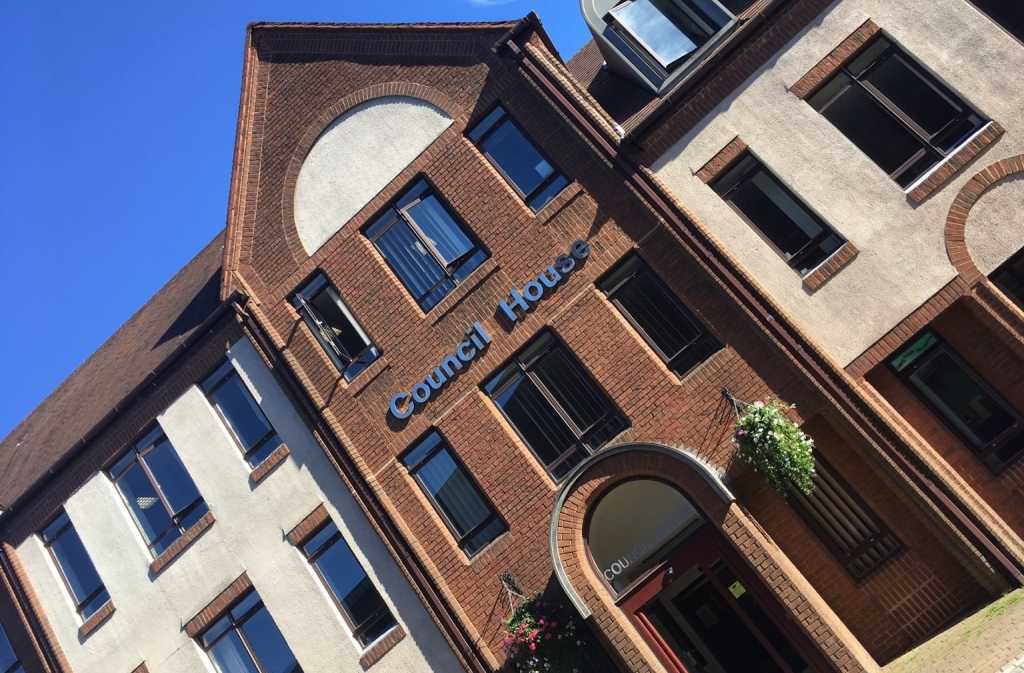 A multi-million pound upgrade of Solihull Council House looks set to get underway within the next few months.

Up to £3.5 million will be ploughed into the project, with council bosses arguing that the building has badly deteriorated due to very little investment in recent years.

A report, to be discussed by councillors next week, suggests that the “essential maintenance work” could begin in October and continue for around 18 months.

Boilers and windows will be replaced, lifts refurbished, flooring installed and a new kitchen area created inside the building as part of the extensive scheme.

Although there could be concerns about the amount of money involved given growing pressures on local authority budgets.

Linda Wilson, head of the council’s corporate property services, said: “The council house complex has deteriorated as a result of minimal investment in the buildings over recent years.

“There is a current backlog of maintenance including some significant items that are due for renewal.

“The condition of the current working environment within the council house complex has recently been commented on by officers through a number of channels, including the employee survey.”

In recent years there had been proposals to demolish the existing building, in Manor Square, as part of the expansion of the neighbouring Touchwood shopping centre.

But the retail scheme, originally granted planning permission in 2015, has floundered and earlier this year cabinet conceded that staff would remain at the current base for “a number of years”.

This set wheels in motion for a review of the repairs and refurbishment required on-site.

With work scheduled for every level of the multi-storey offices, it is intended to relocate workers to other sites, elsewhere in the borough, a floor at a time.

This is designed to avoid significant disruption to teams, which the report admits could have a knock-on effect on services.

The document also touches upon a separate backlog of maintenance at the Civic Suite, which sits opposite the main council house and is the venue for council meetings.

It has been suggested that work will only take place there if problems arise, with any further spending needing approval from cabinet.

The proposals will be discussed in full by members of the resources and delivering value scrutiny board on Monday 15 July.