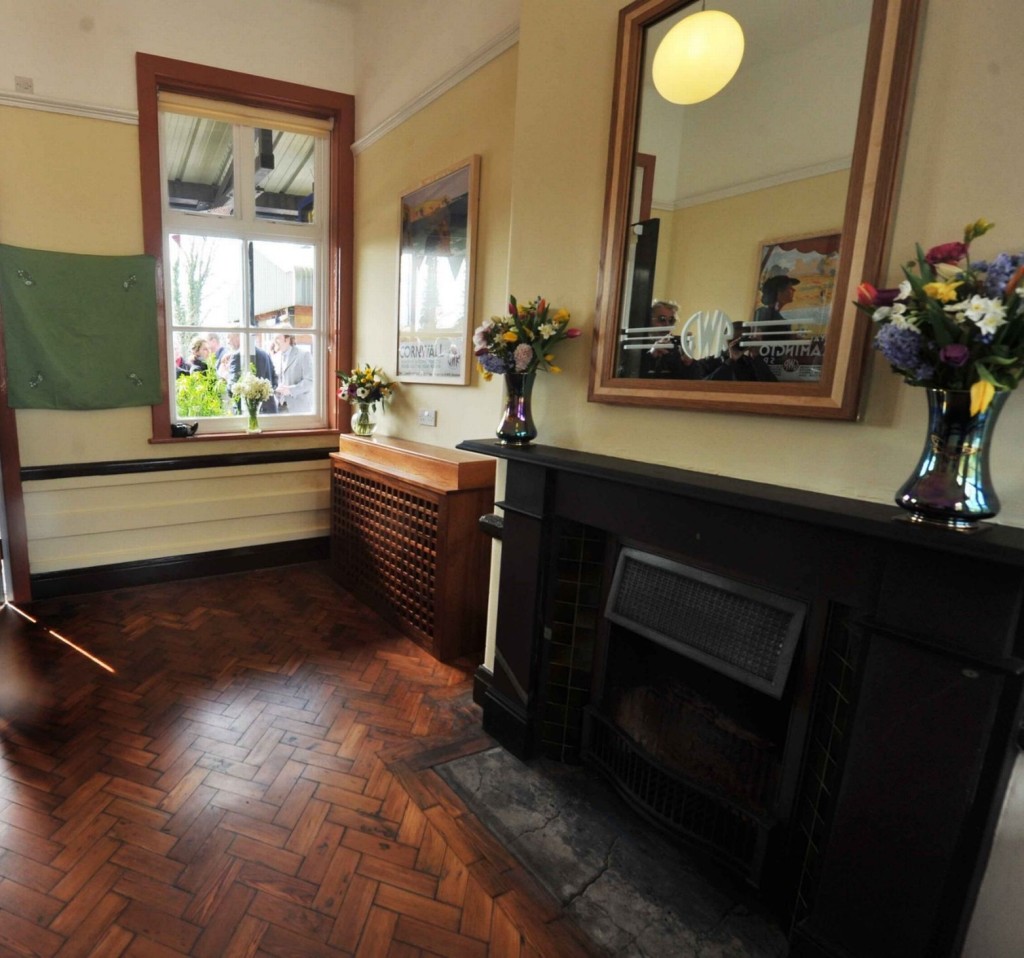 Vandals forced the closure of a railway station waiting room – less than a month after it was restored to its 1930s grandeur.

The room at Dorridge Station boasted old GWR fittings and posters when it was unveiled by fundraisers as part of a £16,000 community project on 24th March.

But over Easter vandals scratched ‘Dave’ into a fireplace and mirror, causing damage running to hundreds of pounds.

A notice at the station told passengers: “On two separate occasions this tag has been scratched.

“The Knowle and Dorridge Police Team and British Transport Police have both been informed and are in possession of the image.

“The waiting room is now closed until repairs have been carried out and security measures in-stalled.”

The area was restored by the Friends of Dorridge Station with support from groups including Chiltern Railways and Centro as well as local businesses.

It was transformed from a cycle store to waiting room in an initiative which saw the restoration of the parquet floor, fireplace and lighting.

Dorridge and District Residents Association also contributed to the project.

“The young people who live around here generally are sensible and caring about the place where they live.

“The Friends of Dorridge Station put a lot of hard work into the station waiting room.

“They were understandably upset when a mindless vandal, in a few seconds of thoughtlessness, caused several hundred pounds-worth of damage.”

Dorridge station, which is now owned by Network Rail and operated by Chiltern Railways, was built by by the Great Western Railway on the Birmingham to Oxford line in 1852.”

Anyone with information about the vandal attack can email the Friends of Dorridge Station at: fods.93@gmail.com.