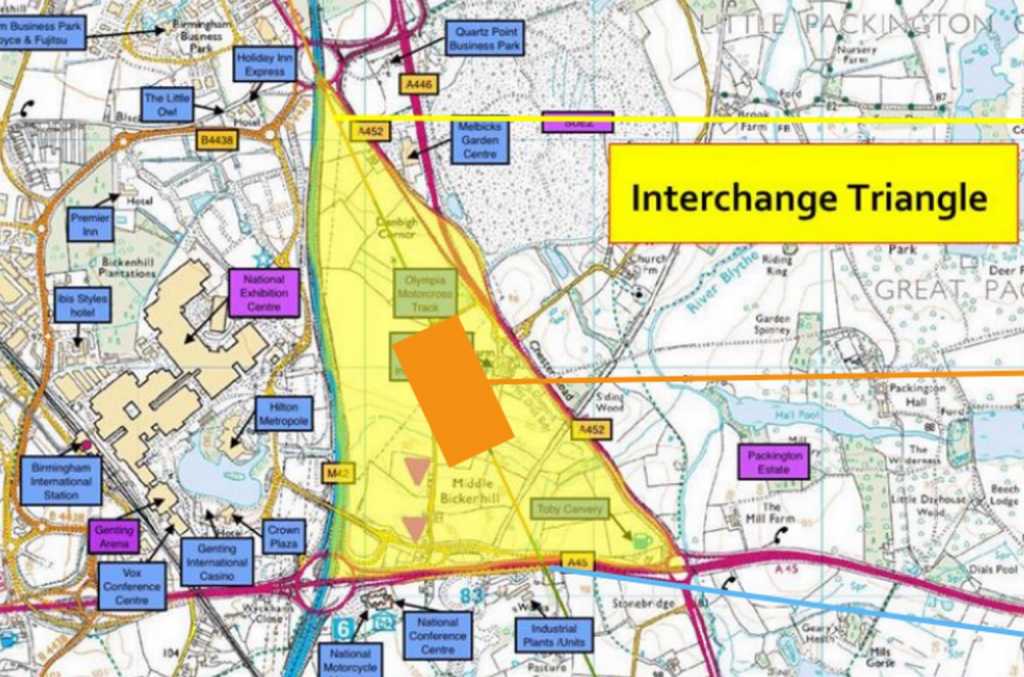 After almost a decade of debate, 2019 is the year that activity around the HS2 rail link has stepped up a gear in Solihull.

Senior councillors and highways officers are in regular dialogue with the project’s management team, while opponents of the scheme are unhappy to see the arrival of contractors at sites around the borough.

This week the Local Democracy Reporting Service (LDRS) takes a look at some of the key strands of work and what they are likely to mean for the local area.

A new interchange station is to be built in the borough, not far from key sites such as the NEC and Birmingham Airport.

The site will become fully operational when the first phase of the rail link – between Birmingham and London – opens in 2026. Enabling works, being overseen by the Laing Murphy partnership, are now underway at the location.

Aside from the station itself, there will be car parking facilities for some 7,400 passengers and staff and the council also intends that the site will be at the centre of a new business and housing hub.

Plans have been laid out to create a garden village of up to 5,000 homes in the vicinity and a vision has also been outlined for a significant commercial development – designed to boost the local economy.

Many residents are concerned about the large tract of green belt land which will be lost to the scheme.

However, in unveiling the official concepts last autumn, HS2 bosses insisted that the station had been designed to fit in with its surroundings.

A booklet produced by design and planning firm Arup said: “The station will be a new gateway for the region.

“The design reflects its surroundings and is in keeping with the natural landscape.”

Over the next seven years, the HS2 construction project will mean significant changes being made to Solihull’s road network.

A report recently presented to Cllr Ted Richards, cabinet member for transport and highways, offered an update on both the permanent and temporary alterations required.

In recent months, contractors and sub-contractors have been carrying out various “enabling works” across the borough.

This activity has included ground investigation work, such as digging bore holes, and, more controversially, the removal of trees and hedgerows.

The nature of work in the vicinity of the so-called Interchange “triangle” has attracted some criticism, with a two week tidy-up taking place this month following concerns about the earlier felling of trees.

On the horizon are plans to alter the layout at a number of key locations. These include:

* A452 Kenilworth Road /Park Lane, Balsall Common – A new roundabout junction will be created to provide safe access to one of the main HS2 construction compounds.

* A446 /A452 – Sections of these roads will be realigned to create new accesses to Birmingham Business Park, the NEC and the proposed HS2 Station. As part of this work four new bridges will be constructed, with this phase expected to start in June.

* A446/A45 Stonebridge junction – This key junction will be fully signalised to deal with a significant increase in the volume of traffic generated by the rail project.

Ashley Prior, from the council’s highways team, said the report made clear the scale of the project taking place in the next few years.

“There’s going to be a massive amount of work going on in the borough,” he said.

So far more than 100 applications – mostly covering minor and temporary works – have been dealt with by Solihull officers, although more major applications will be considered by councillors.

Mr Prior said that this was appropriate given the economic and environmental impact of the most significant proposals.

A further update on the timetable is due to be presented at the next meeting of the council’s HS2 Implementation Advisory Group in July.

Excavations started in January and are set to continue until the summer on HS2 owned land.

HS2 has said that the digs offer a golden opportunity to uncover ancient history, with the remains of a celebrated explorer unearthed in London a few months ago.

However, some Solihull residents, including Balsall Common’s Richard Lloyd, remain concerned that valuable sites could be lost during the construction process.

HS2 Ltd has said it is willing to link up with interested groups locally and has also offered to take the Advisory Group on a site visit.

One of the main bones of contention has been plans to use Hall Meadow Road, in Balsall Common, as a haul route.

Many residents have grave misgivings about the proposals to take hundreds of lorries along the rural corridor each day.

Rail bosses maintain that the plan will mean less traffic on the often congested Kenilworth Road.

Last month HS2 Ltd’s Jonathan Lord told councillors and residents that an application was set to be submitted to the council’s planning department later this year.

Cllr Tony Dicicco, cabinet member for the environment and housing and a Meriden ward councillor, has said that it is essential to ensure disruption was kept to a minimum.

Despite some residents’ fears that they could be presented with a “fait accompli”, Mr Lord has insisted HS2 will consult with the community as part of the application process.