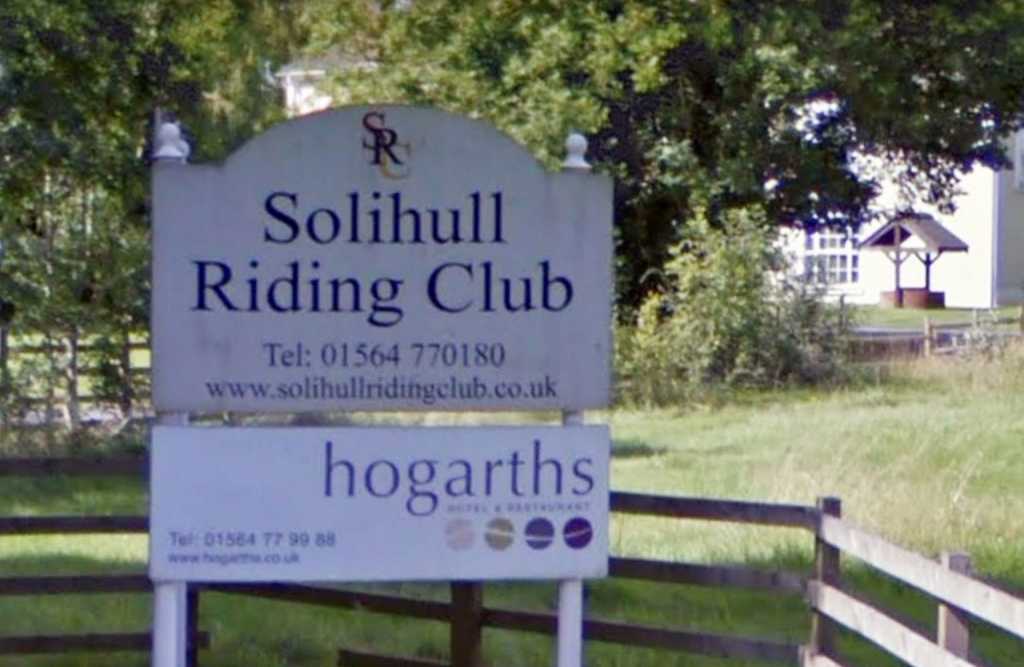 The death of a rider crushed beneath her horse when it ‘somersaulted’ after clipping a fence was accidental, an inquest has found.

Clare Bedford, 31, had been competing in a one-day event at Solihull Riding Club in July this year, when tragedy struck.

She was nearing the end of the cross country course when her horse, Dougal, tripped at fence 16 – sending the pair ‘rotating in the air’.

The animal, measuring 16.2 hands and weighing in at around half-a-ton, landed on top of Clare, an experienced events rider.

Despite a massive emergency response, nothing could be done to save her life and she was declared dead at the scene in Dorridge, just half-an-hour after the fall.

An inquest heard the riding club, one of the biggest in the country, had all the correct safety processes and procedures in place for the event.

But in a ‘freak tragedy’, Dougal clipped the fence resulting in Clare’s injuries.

Histopathologist Dr Gerald Langman gave the cause of Clare’s death as a traumatic rupture to the heart muscle and tear to a major vein.

He said the injuries came about as a result of the crush.

“With these sorts of injuries, nothing can be done. The injuries were unsurvivable,” Dr Langman added.

And today (Wednesday 27 November), an inquest jury, made up of seven women and four men, reached a verdict of accidental death.

Dawn Raftery, who was marshalling fence 16 at the time of the tragedy, was the only person to witness the incident.

She told the inquest she believed it had been ‘a complete and utter freak tragedy’.

“Clare was approaching normally, after jumping fence 15 clear. The horse was not out-of-control at all,” Ms Raftery said.

“I took my eyes off her for a second to press my stop watch and heard a clattering of hooves. I looked up and the horse appeared to have stumbled and they were both rotating upside down, landing clear of the fence on the other side.

“They landed together but Clare was underneath.

“I knelt down and placed my hand on Clare. I talked to her. Her mum came over and I cuddled her and moved her away a little bit.”

Ms Raftery, a member of Solihull Riding Club with around 46 years riding experience, added: “Being a rider myself I’ve had some horrible falls. This appeared to me to be a complete and utter freak tragedy.”

Twelve to 13 medical staff were quickly on scene after the incident, but despite their efforts there was ‘no response’ from Clare.

In summing up, coroner Louise Hunt said: “Clare was a 31-year-old lady and an experienced events rider.

“She was taking part in a one-day event at Solihull Riding Club – one of the biggest riding club’s in the country.

“We have heard the club had all the right processes and procedures in place for the event.

“On the day of this tragedy, 178 participants had entered the event, which was staffed by a number of employees and volunteers.

“Clare was riding a horse called Dougal, who measured 16.2 hands and was six years old.

“He rode well and was the right age for that sort of event.

“Sadly, the horse clipped the fence, somersaulted and fell – landing on Clare.

“She was declared dead at the scene, still next to the fence.”

The coroner said since the tragedy, there had been an examination of the fence which showed it to be solid and with the correct dimensions.

“It is likely Dougal clipped the fence while attempting to jump it,” the coroner added.

“All witnesses confirmed this was an unfortunate and tragic accident.

“Eventing is a high-risk and dangerous sport and all participants are aware of this.

“Given the type of injury Clare sustained, it is clear there is nothing that anyone could have done to avoid her death.”

The coroner passed on her condolences to the family of Clare, who did not attend the two-day hearing.

After the tragedy, married Clare, of Long Lawford, Rugby, was described as ‘an amazing woman who excelled in all aspects of her life’.

A JustGiving fundraiser, launched by husband Matthew to raise money for Warwickshire and Northamptonshire Air Ambulance, raised more than double its target.

On the website, Matthew wrote: “Clare was competing on her horse at Solihull Riding Club and was injured in a fall only a few jumps from the end of the course.

“Unfortunately, although the paramedics and air ambulance attended, they were unable to save Clare’s life.

“Clare was the woman of my dreams. An amazing woman who excelled in all aspects of her life and it is a great tragedy that she had only 31 years to do so.

“She is greatly missed by all who knew her and I am lost without her.”