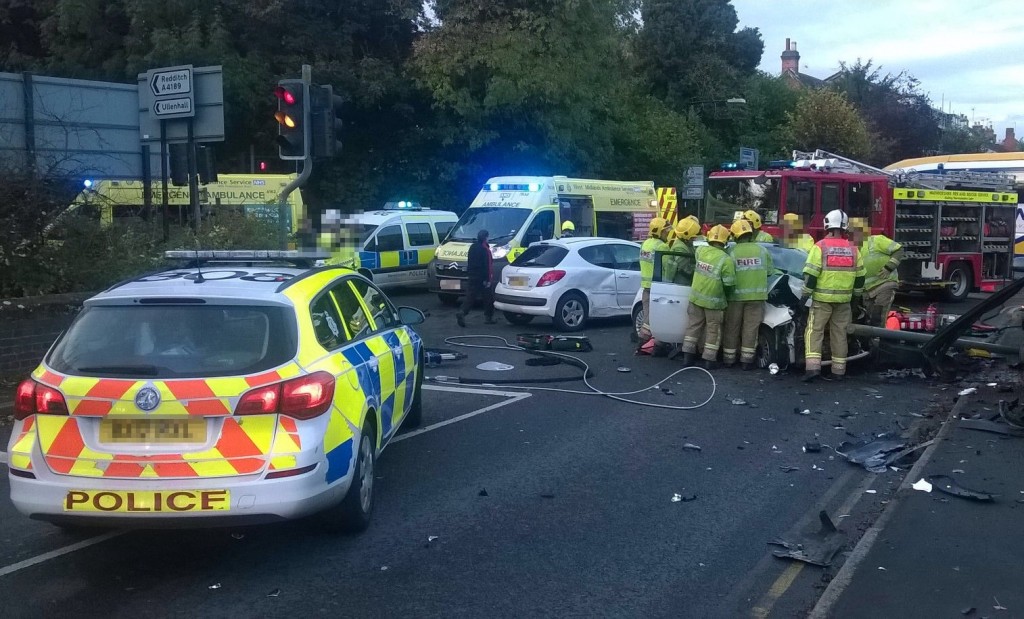 A woman was trapped in the wreckage of the car she was driving for the best part of an hour after a crash in Warwickshire that damaged two other vehicles and a house.

The crash happened at the junction of Warwick Road and New Road near Henley-in-Arden just before 4.50pm this afternoon (20th).

Two ambulances and a paramedic officer were sent to the scene. A member of staff on her way home from a shift also stopped to offer assistance.

A West Midlands Ambulance Service spokesman said: “On arrival, ambulance staff found a badly damaged Fiat 500, a Volkswagen Transporter van and a small Peugeot had been involved in collision which had also damaged a house.

“The woman in the Fiat, who was estimated to be in her 20’s had suffered a number of fractures to her arms and legs.

“Due to her condition fire crews removed the roof to allow ambulance staff access to the woman. Because of the damage to the car, it took around 50 minutes to remove her after she had been immobilised and splints applied.

“She was taken on blue lights to the Major Trauma Centre at University Hospital Coventry & Warwickshire for further assessment and treatment.

“A second woman from the Peugeot had injuries consistent with the seatbelt and airbags and had possible chest fracture. She was also immobilised before being taken to Warwick Hospital.

“The man in his 20’s who was driving the van appeared to have a shoulder injury but discharged himself.”