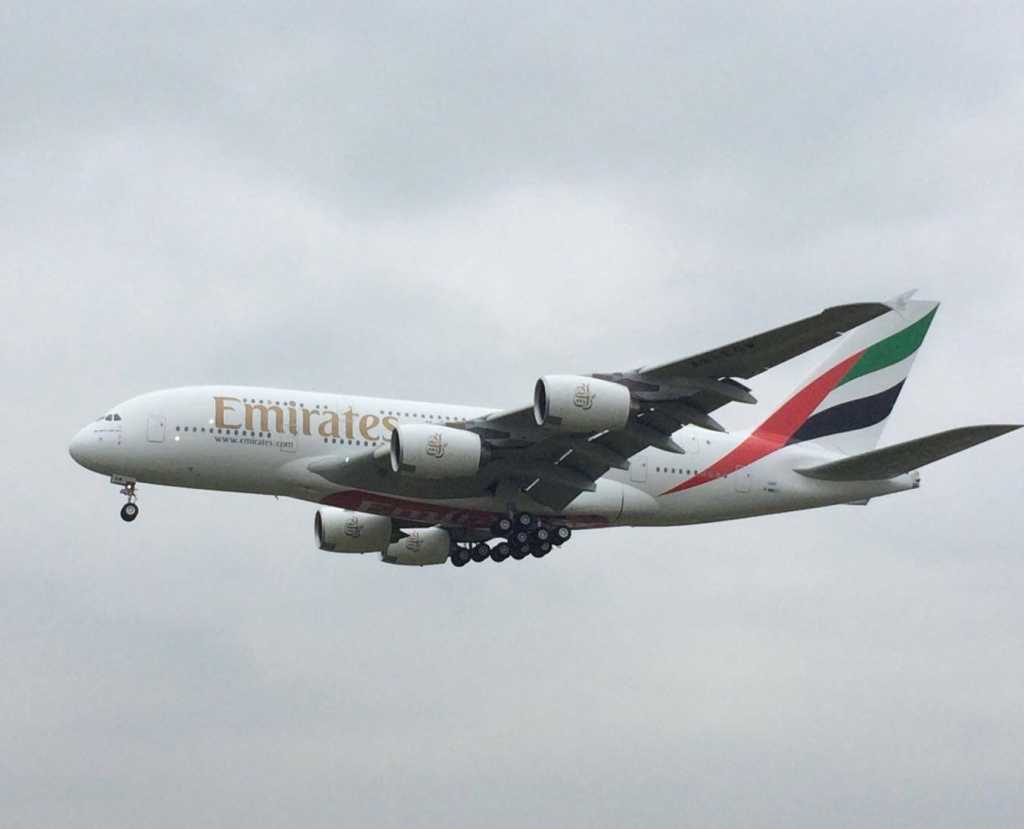 Airbus A380, the world’s largest passenger plane, arrived at Birmingham Airport today ahead of its first flight departing from there later this week.

A380s will fly to Dubai from Birmingham Airport daily, for the first time, with the debut service leaving on Sunday 27th March.

The plane will arrive at 12:20pm on Easter Sunday, ready for the inaugural flight to Dubai departing at 2:20pm.

The flights are aimed at business and leisure travellers to Dubai, as well as commuters to a variety of Eastern destinations including Auckland, Islamabad, Bangkok, Mumbai and Hong Kong.

The airbus can carry 557 passengers in economy class and 58 in business class, and replaces the current Boeing 777 lunchtime service.