Police appeal after collision in Solihull 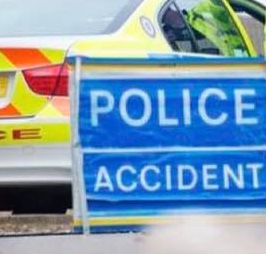 Police are appealing for information and dash cam footage after a collision involving a car and three mopeds in Solihull.

Three people on the mopeds – two men aged 20 and 18 and a 16-year-old boy – were taken to hospital with injuries which are not life-threatening or changing.

The driver of the Mercedes involved fled the scene and the road was closed for the rest of the day for initial enquiries to be carried out.

One line of enquiry is whether the car was deliberately driven at the mopeds after an earlier road rage incident.

A 70-year-old man handed himself into a police station during the afternoon and he was arrested on suspicion of attempted murder. Enquiries are at a very early stage and he has been released under investigation.

Sgt Kelly Mills, from Force CID, said: “We’re trying to piece together exactly what happened and are keen to speak to anyone who was in the area at the time.

“We’re following several lines of enquiry and particularly want to hear from anyone who was in and around Coventry Road and Damson Parkway and may have dash cam footage.”

Anyone with information is asked to contact police via Live Chat at www.west-midlands.pnn.police.uk between 8am and midnight or call 101 anytime. Quote log number 1114 of 6/11/19.