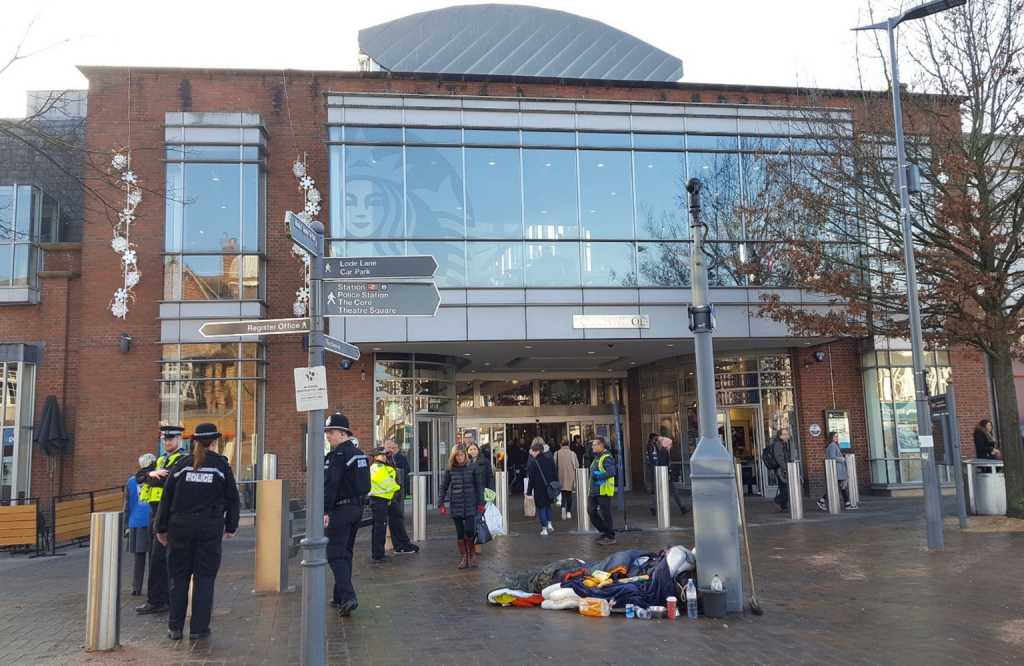 A gang of teenagers armed with knives and machetes were in Solihull town centre just hours before Jack Donoghue was fatally stabbed, it has been revealed.

A student who witnessed it on Friday night said it was terrifying and “not what you expect in Solihull”.

The frightening scenes unfolded in Touchwood shopping centre at around 8.15pm – 8.45pm on Friday.

The 18-year-old student who witnessed it said: “I’d been out with my dad for my birthday dinner in Ask Italian in Touchwood and we were just leaving when we saw four lads come sprinting down the walkway towards us.

“One of them had a knife, this was just outside Five Guys burger place, and was lunging at people. Three of them sprinted off towards the shops, while the other, the one with the knife, ran out towards the revolving doors. We followed him and he came out of Touchwood by the Manor House tearooms.”

The student, who is studying at Solihull College, said the mayhem continued outside Touchwood.

“Three lads on bikes then came rampaging up the High Street – all wearing balaclavas,” he said.

“I don’t know if it was the same three I’d seen before, I couldn’t make out their faces because they were covered up.

“They got off their bikes and one had a machete, one had a long knife and one had a stick. They started screaming something at another group of lads – saying ‘come on! let’s have it!’

“They then got on their bikes and rode off towards Homer Road because by now police have arrived, so they vanished.”

He said there seemed to be loads of teenagers, aged around 18 or 19, gathered in and around Touchwood that night, and it looked like it was “pre-arranged”.

“I’ve never seen anything like this before – it’s not the kind of thing you expect in Solihull,” he said.

“Solihull is still a nice town and there’s rarely any trouble – especially gangs rampaging around with knives and machetes.”

The teenager said he was then told about the stabbing of Jack Donoghue in nearby Poplar Road in the early hours of Saturday.

“I don’t know if that’s connected, because it happened more than five hours later, but it does seem a coincidence,” he said.

#WestMidlandsPolice confirmed they were called to a disorder at Touchwood on Friday night.

Police were called to a shopping centre on Homer Road, Solihull on 8.15pm on Friday (29 November),” a spokeswoman said.

“Officers attended and searched the area but the group had dispersed and no complaints were made.”

The spokeswoman refused to comment as to whether officers were linking the incident to that of the fatal stabbing of Jack Donoghue at 3am.

Four men aged between 20 and 39 were arrested over the murder on Sunday and remained in custody on Monday (2 December).

A spokeswoman for Touchwood said it had increased security to protect shoppers, staff and diners in the centre.

“The safety and wellbeing of all guests and staff is always our primary concern. As usual, security in centre has been significantly enhanced for December to reflect the increase in the number of guests we expect over the Christmas period,” the spokesperson said.

Police are still appealing for information over the Touchwood disorder.

Anyone with information can contact officers by phoning 101 any time or Crimestoppers anonymously on 0800 555 111.