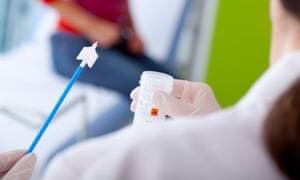 A new, more sensitive test is now on offer to women in Birmingham and Solihull, as part of improved cervical cancer screening that aims to prevent women from developing the disease.

On the first day of Cervical Cancer Prevention Week (20-26 January 2020), NHS Birmingham and Solihull Clinical Commissioning Group is highlighting the availability of the new test which has been on offer to women since September 2019.

While women will undergo the same procedure when booking in for their cervical screening test, the improved test now looks for the presence of a specific type of the human papillomavirus virus (HPV). If left alone, this can cause changes in the cells of the cervix, which may lead to cervical cancer.

Latest figures show that the take up for cervical screening tests in Birmingham and Solihull is low, with 68% of the people eligible for a test booking one. Although take up is low, to date cervical screening has prevented at least 2,000 cervical cancer deaths each year in the UK.

Helen Jenkinson, NHS Birmingham and Solihull Clinical Commissioning Group’s Chief Nursing Officer, said: “This new cervical screening test is not a test for cancer, it’s a test to help prevent cancer. Finding HPV early means it can be monitored or treated, reducing the chance of it causing cervical cancer.

“Screening rates are declining across the UK, especially amongst the under 50s, and particularly young women aged 25-29. Hopefully this new test will encourage more women to get screened and cut the number of cases of cervical cancer.

“Women who the test identifies as having HPV will be invited for a further test for cell changes. If none are found, the woman will be invited to have another screening test sooner than the standard test interval.”

The main benefit of the new, HPV-centred approach is that it is more sensitive than the technique used to detect cell changes, the objective of cervical screening up until now.

Everyone with a cervix who is aged 25 – 64 is eligible for testing, including lesbian and bisexual women, as well as trans men. Women who have had a partial hysterectomy that didn’t remove all of the cervix should also be tested, as well as women who have been vaccinated against HPV.

HPV lives on our skin, so it’s easy to get and difficult to completely protect against. It can be spread by sex but also by any kind of skin-to-skin contact of the genital area. The fact that most HPV infections are sexually transmitted can lead to worry and embarrassment. However, at some point during our lives, 80% of men and women will get at least one type of HPV. In most cases, our immune systems get rid of it and, as infections don’t usually have symptoms, people may not even know they’ve had it.

It’s also important to remember that someone can have HPV for many years without it causing problems and they can have it even if they have not been sexually active or have not had a new partner for many years.

To book a cervical screening test, contact your GP.