Armed forces community garden to be created in Hillfield Park 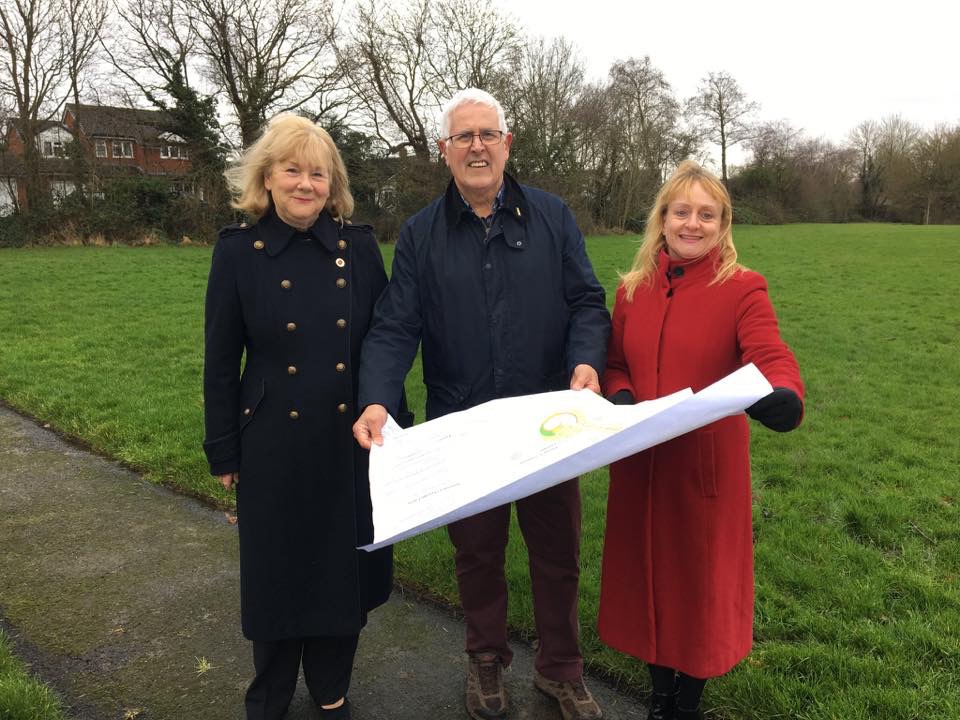 The garden will be a peaceful sanctuary for veterans and their family members, local schools and other members of the local community.

It is also hoped the garden will be somewhere to help people overcome isolation, as it will provide a welcoming place to meet up and interact with others.

An initial concept for the garden has been drafted by the Council’s environmental initiative Love Solihull, along with support from the Royal British Legion, local veterans and serving personnel, army medical teams and local community groups.

Plans involve turning a barren patch of land within the park into a usable outdoor space that will be unique to the borough. It will include seating areas, planters, disabled access pathways, herbaceous borders, colourful plants and tall grasses.

There has already been overwhelming support for the project from Jaguar Land Rover, Friends of Hillfield Park, Hillfield and Monkspath Litter Heroes, plus Monkspath School who would like to use the space to bring their history curriculum alive.

The Royal British Legion has been a strong supporter of the bid for funding, in particular Elaine Butler, the President of Warwickshire and Birmingham Royal British Legion County. They have listened to the needs of local veterans and military personnel and these have been incorporated into the garden design. They are also hopeful to hold outreach sessions from the garden during the summer months.

Councillor Alison Rolf, Cabinet Member for Safer & Stronger Communities and the Council’s Armed Forces Champion, said: “This is absolutely wonderful news for the borough – well done to everyone involved in securing this funding.

“Community gardens have increasingly become more popular for a number of reasons, but especially for the positive impact wildlife and fresh air can have on people’s physical and mental health.

“Additionally, this armed forces garden will act as a quiet place for remembrance and reflection.”

Councillor Ken Hawkins, Cabinet Member for Environment & Highways, added: “This armed forces community garden will be a huge environmental asset to this Green Flag Park and will act as a social meeting hub for our local community.

“The enthusiasm from people wishing to be involved in the project has so far been absolutely brilliant and we look forward to everyone coming together to make it a success.”

The money has been received from the #ArmedForcesCovenantFundTrust, which makes grants to support the armed forces community.

Ground work on the garden is expected to start soon with the planting to commence in the summer, weather permitting.

Photo: Elaine Butler, Cllr Hawkins and Cllr Rolf in Hillfield Park with the plans for the armed forces community garden.