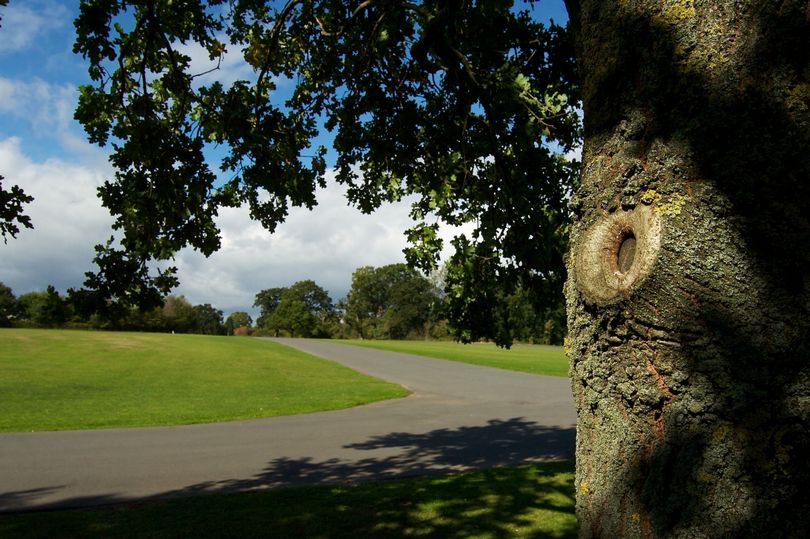 A teenager was threatened at knifepoint and punched repeatedly in the face during a terrifying robbery in a Solihull park.

Sam Edmond was attacked by two thugs in Tudor Grange Park at around 12.15pm on Tuesday 21 January.

The 16-year-old was told one of them had a knife as they demanded his iPhone and Apple ID and punched him in the face three times.

Around two hours later a teenage boy was stabbed in a suspected phone robbery in Smiths Wood.

Victim Andrew Wolstencroft, 18, remains in a serious but stable condition following the attack, which took place at 2.30pm. Police are not linking the two incidents.

Sam’s father Paul Edmond, aged 50 and from Shirley, told BirminghamLive: “Sam was very lucky as it could have been so much worse. He was threatened with a knife. Fortunately they didn’t use it.

“He was punched a number of times in the face and had his iPhone and earphones stolen. He suffered bruising to his face but was shaken by what happened. I hope they can be caught before they target someone else.

“There seems to be more and more of these robberies where young people are being targeted, threatened and robbed. I would urge young people especially to be on their guard.”

Mr Edmond described the two attackers as Asian, aged between 17 and 20 and around 5ft 10ins tall. The man who threatened Sam with a knife wore a hoodie top which he pulled up tightly around his face.

No arrests have been made at this stage.

A West Midlands Police spokesman said: “Police are investigating after a 16-year-old boy was punched in the face during a robbery in Tudor Grange Park, Blossomfield Road, Solihull, around 12.15pm on Tuesday (21 January).

“He was approached by two men and his mobile phone and earphones were taken.

“Anyone with information is asked to get in touch via Live Chat at west-midlands.police.uk, or by calling 101. Quote crime reference number 20SH/18257V/20.”