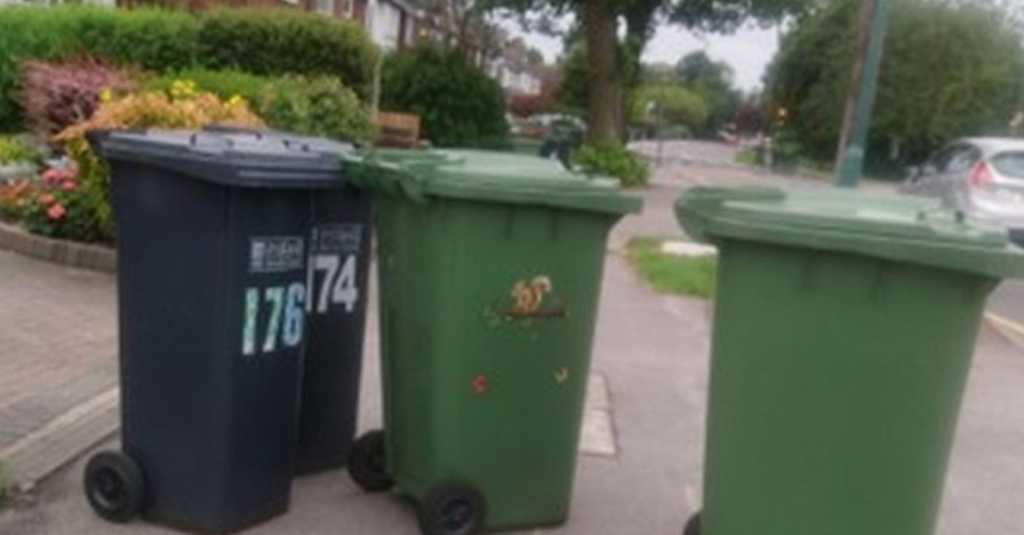 Fed-up Solihull residents have complained that refuse crews are often leaving wheelie bins blocking the pavement or outside the wrong house.

Criticism about the number of containers left in the middle of walkways in the Lyndon area has prompted calls for council contractors to sharpen up their act.

Ward councillor Kathryn Thomas (Lib Dem) had taken up the issue at last week’s Full Council meeting, saying many locals were getting frustrated at the haphazard way that the bins were returned after collections.

She cited a raft of recent complaints made on the Lyndon Residents’ Association Facebook page and suggested that the issues brought up by more than a dozen householders fell short of the standards expected.

Resident Siân Davies said: “There are so many rules and regs regarding residents putting out rubbish, yet in our road we have to play hunt the wheelie bin after they’ve been emptied. Could be anywhere.”

Amanda Wood added: “My bins have been left two houses away from mine, left in the middle of the pavement and left blocking my driveway access on various collection days.

“Glass collection crates get cracked and broken because they throw them back, rather than placing them back.”

And Elizabeth Rose said it had been a long-running problem.

“I’ve been emailed many times to say that supervisors will follow the crew to ensure bins are correctly returned. It lasts two/three weeks then we are back to their old ways again.”

Cllr Thomas suggested that the cases highlighted went against the terms set out in the council’s waste and recycling charter and asked what could be done to ensure a permanent improvement in standards.

“A safe and appropriate position is not strewn across the pavement, creating issues for people on mobility scooters, in wheelchairs, who are visually impaired or pushing prams or pushchairs,” she said.

“I supported a resident’s complaint back in the summer about this very issue and I suspect I’m not alone in this chamber in having raised it.”

Responding, Cllr Ken Hawkins, the cabinet member for the environment and highways, said: “It’s worth noting that actually there are nine million collections every year in the borough.

“Now I’m not saying we should expect these kind of issues, but you’ve got to understand with that amount there are going to be some issues now and again.”

He said that when concerns were raised, the council’s waste and recycling contractor, Amey, would take action to investigate – going out to inspect routes where issues had been flagged up.