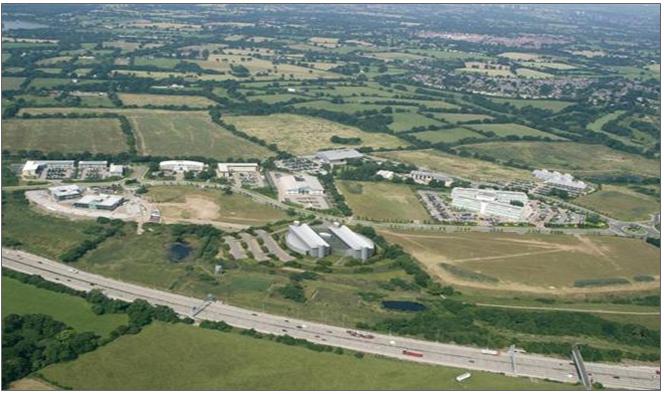 Plans for 600 homes on Blythe Valley Park are set to be unveiled this weekend.

The 257-acre site was initially intended to be purely a business park – but has now been identified as also suitable for housing.

And as it falls under phase one and two of Solihull Council’s development plan it means it is among the sites that can be developed on immediately.

The outline proposals for the land on Kineton Lane east of the existing office buildings will be on show at Cornwall House on the site on Saturday (26th) from 10.00am to 1.00pm and then again on Wednesday 30th April from 4.00pm to 8.00pm.

Concerns remain over the impact the new houses will have on neighbouring areas such as Cheswick Green with fears the proposals were being rushed through.

It is understood that the land owners were put into receivership in February last year by international bank Natixis which is based in France.

Planning consultations have confirmed efforts are now being made to continue to develop the site as mixed use rather than just as a business park.

Cheswick Green parish council chairman Chris Noble said: “The parish council is concerned about the very short notice and lack of publicity for such a major scheme.

“This will have a significant impact on the wider area and it is very important the public, local businesses and service providers have the opportunity to see what is being proposed and to be able to comment at an early stage.”

The consultation events are open to anyone and the plans are also online at: www.brookesmithplanning.com/consultation.