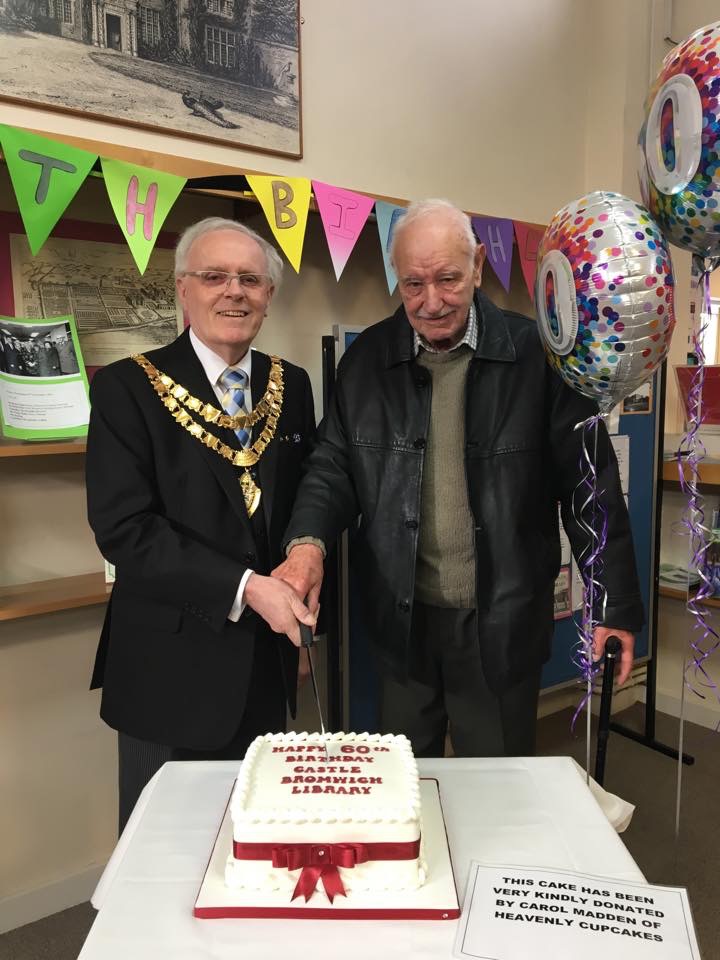 On Tuesday 12 November, local residents and staff gathered together to celebrate over tea and cake the sixtieth anniversary of Castle Bromwich Library.

The crowd were joined by the Mayor of Solihull, Councillor Stuart Davis and special guest, William Tickle, who has been a member of the library since it first opened in 1959. The two guests cut the ‘birthday cake’ that was donated to the library from Carol Madden of Heavenly Cupcakes.

The Mayor of Solihull, Councillor Stuart Davis, expressed his delight at the occasion: “In an age dominated by smartphones and social media, people can often overlook the outstanding community benefits of a good library, and it is fantastic to see the role Castle Bromwich has played and continues to play in people’s lives.

“It is often thought that a library is just a place that keeps books. But, from Rhyme Time every Monday, which gives our youngest residents a chance to enjoy poetry and songs, to the Family History Group on Tuesdays, which allows members to look back on their past, Castle Bromwich Library does so much more than house works of literature. Instead, it is a vibrant community hub that really has something for everyone.”