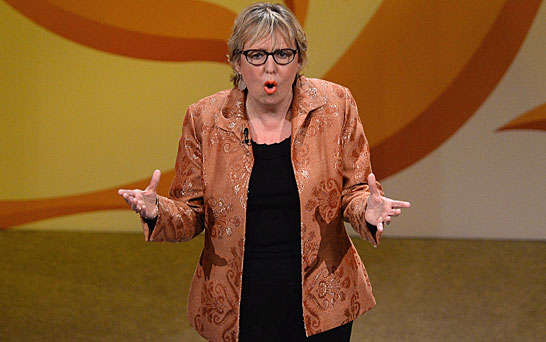 Female entrepreneurs are a “neglected niche”, according to Lorely Burt, the Government’s new “women in enterprise” champion, appointed today.

The Solihull Liberal Democrat MP, who began her career as assistant governor at Holloway Prison, will be helping female business owners understand how they can get help and support for both start- ups and growth companies.

Female-led businesses make up 18 per cent of small and medium sized businesses in the UK, compared with 30per cent in the US. “The UK is missing a really important niche market and it’s a huge loss to the economy,” said Mrs Burt.

“The perception is that this is a sector of kitchen table start-ups by mothers but it is far bigger and broader than that. There are a lot of feisty women out there who want to take their businesses as far and fast as they can. There are many additional challenges for these women, who get home after working on their business and put the tea on.”

The voluntary role, suggested by Mrs Burt, aims to raise awareness among women about available government and industry support.

Enterprising women looking for finance often underestimate the amount their projects deserve or need. Therefore the banks also have a role in elevating these business ventures. “Until now we have found that the majority of funding comes from within the family,” Mrs Burt added.

Her role will also see her encouraging women to compete for public sector contracts. Her findings, which will inform policy, will be announced in the autumn.

“My job will be to investigate the true picture of women’s enterprise in Britain and how government can encourage existing and would-be entrepreneurs to reach their full potential,” she said.