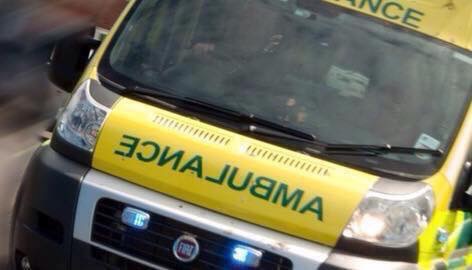 Emergency services were called at 4.46pm on Thursday (5 December) to reports of a collision involving two vehicles at the junction of Holly Lane and Table Oak Road.

It’s understood a Mercedes Vito Van and a Ford Ranger collided causing the Ford to flip and land on a Honda Civic.

The driver of the Honda, a 34-year-old man, died instantly; his next of kin have been notified and are being supported by specialist officers.

A West Midlands Ambulance Service spokeswoman said: “Ambulance crews arrived to find a car and a 4×4 that had been involved in a collision.

“Sadly, nothing could be done to save the occupant of the car, a man, and he was confirmed deceased by paramedics on scene.

“Two other people involved in the collision were assessed by ambulance staff on scene for minor injuries. Neither required hospital treatment and were discharged on scene.”

Officers from the West Midlands Police Serious Collision Investigation Unit are probing the circumstances around the crash and are appealing for witnesses.

Sergeant Dean Caswell, said: “This is a tragic incident in which a man has lost his life. We believe three vehicles were involved in total and we’re working to understand exactly what happened in the moments leading up to the impact.

“If anyone saw what happened or was driving in the area at the time and may have caught anything of interest on dash-cam video then I’d urge them to get in touch.”

Information can be given by contacting collision investigators on FL_COLLISION_INVEST@west-midlands.pnn.police.uk, via Live Chat on the #WMP website at west-midlands.police.uk between 8am and midnight, call 101 anytime or ring Crimestoppers anonymously on 0800 555 111 quoting log 1789 from 5/12.