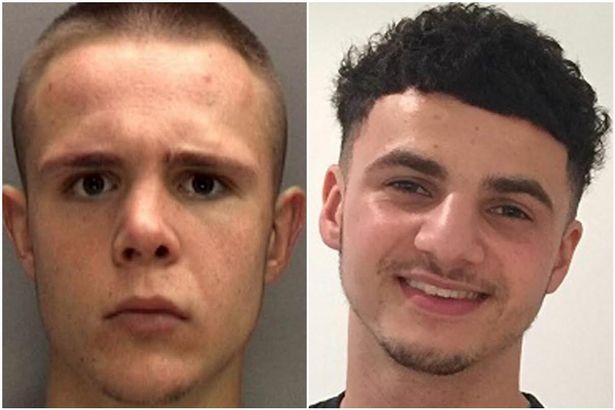 Runaway killer James Atherley has been sentenced to jail for life, a minimum of 26 years, for the murder of Callum Lees at a Solihull house party.

But the killer was today found guilty following a month-long trial at Birmingham Crown Court.

The stabbing took place at Westminster Court, Hopwas Grove, Kingshurst, which had been the scene of a house party.

Callum was found collapsed in nearby Haselour Road by a member of the public but later died in hospital.

Atherley went on the run after the murder before being captured after a police appeal.

Birmingham Crown Court heard Callum died after being branded a “snitch” by Atherley – who plunged a knife into his neck.

He said those who knew Callum had been “shattered” by his death.”

The court was told the offence was committed while Atherley was on licence after serving a three year sentence in a young offender’s institution.

Jason Pegg, for Atherley, said: “He is truly sorry for the consequences of his actions that day in August last year.

“There was a lack of premeditation. He did not go to that flat intending the consequences.”

She said: “He was a credit to both me and his father.

“On August 6 my life changed for ever after the brutal and senseless murder of Callum.

“I think of his last words ‘help me I am dying’.

“This devastating act has not only affected my life but that of my two other children.”

Callum’s devastated father said: “He had so much going for him. He was an extremely hard working kid.

“I was so proud of him. I know he liked to party hard but he always came to work six days a week.

“At dinner time we used to eat lunch together but now he’s not there.

“It is a massive piece taken away from me, I have not slept properly. We are living in hell. We all are.

“All my dreams are shattered. He did not deserve to be killed like this over nothing.

Atherley had fled after the murder and used a false identity to book himself into a hotel in Newcastle Upon Tyne.

But he was tracked down by police when a photo of him enjoying himself in a nightclub was posted on Facebook.

Judge Philip Parker QC said in sentencing that Atherley had been up 24 hours before the killing and that his “reactions had been distorted and heightened” by the use of drink and drugs.

He had armed himself with a knife before he went to the flat and he attacked the victim when he was “defenceless.”

The judge continued: “It was brutal and afterwards you boasted of what you had done.”

“He was at your mercy. You could have stabbed him anywhere but you chose to stab him in the face and more particularly the neck”.

He jailed Atherley for life and said he must serve a minimum of 26 years before being considered for release.