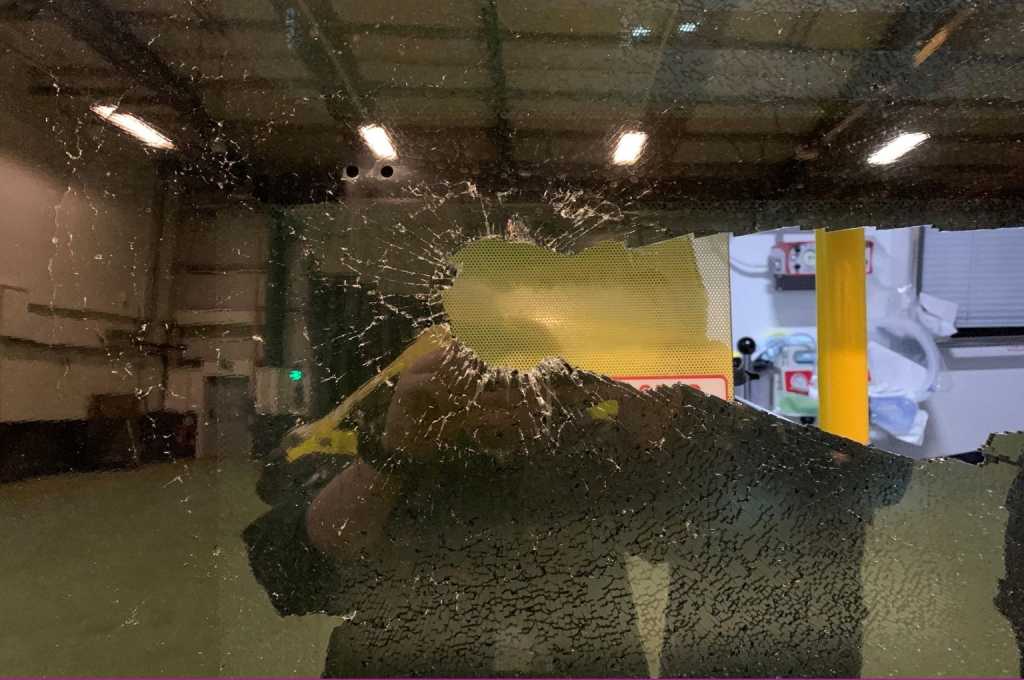 An ambulance window was smashed by a thug who launched a massive stone at the vehicle – as paramedics raced to a 999 call.

The shocking incident happened on the Collector Road in Castle Bromwich last night.

Medics were travelling on blue lights at the time to respond to a patient with breathing difficulties. The attack happened at around 8.50pm on Thursday 28 March.

The rock came straight through into the back of the ambulance, leaving paramedics boss saying: “What if it had been on the way to one of their family members or rushing a loved one to hospital?”

Thankfully, the crew driving were unhurt in the incident – but the ambulance was immediately forced to stand down due to the damage.

A second ambulance was immediately dispatched to the patient by the Trust’s Emergency Operations Centre.

“It is incredibly frustrating to once again find ourselves questioning why on earth somebody would want to do this to an ambulance,” said Nathan Hudson, Emergency Services Operations Delivery Director.

“Not only that, but given it was using blue lights at the time, whoever did this could clearly see it was responding to an emergency, what if it had been on the way to one of their family members or rushing a loved one to hospital?

“We’re now faced with a vehicle being out of service, a repair bill and not forgetting the horrible nature of this incident for the staff involved.

“I am extremely thankful that no-one was hurt.”

Ambulance bosses are now appealing for members of the public to help identify the individual who smashed the window.

The damaged ambulance remains off the road awaiting repair which will cost hundreds of pounds, paramedics said.