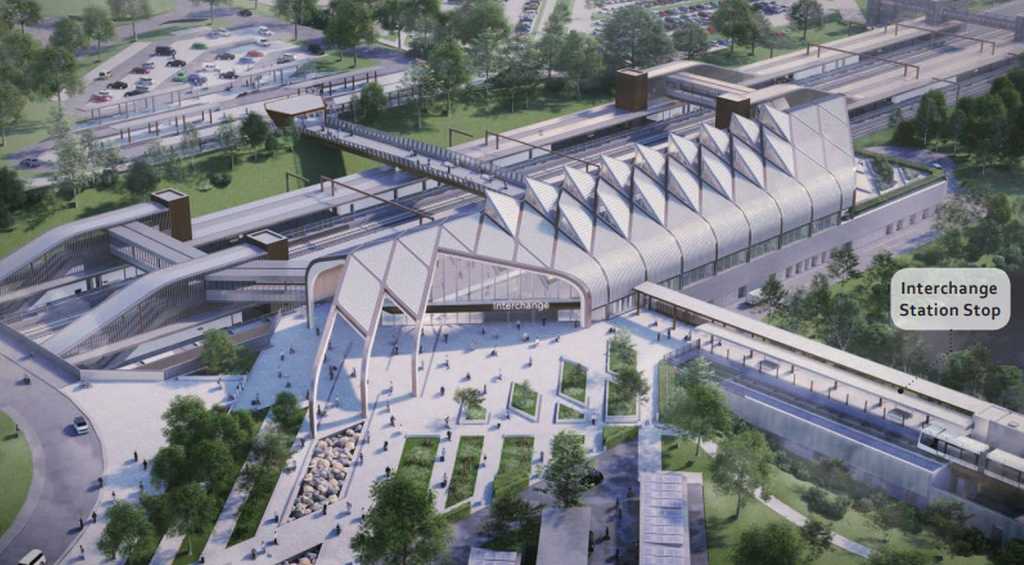 Plans for a people mover which will ferry thousands of travellers an hour between the new HS2 Interchange Station and Birmingham Airport have been unveiled – but it has no driver.

The public got its first look at the proposals for the automated transport link last summer and now a planning application has been officially submitted.

HS2 Ltd had previously announced its intention to run services every three minutes, with the capacity to carry 2,100 passengers an hour in each direction.

The driverless vehicles, which will travel along a 2.3 km raised viaduct, will also stop off at the NEC and Birmingham International during their six minute journey.

The people mover is set to pass through a mixture of rural and more built-up areas and will need to cross over both the M42 and Pendigo Lake, on the NEC site.

Papers submitted this month also set out plans to create a maintenance facility, to service the system, to the east of the motorway.

HS2 Ltd has said that the people mover was designed to “rapidly” carry the public between some of the most important destinations for the local economy.

“The people mover will be either a cable-pulled or self-propelled system,” said the planning statement.

“The exact form of system will be confirmed following competitive tender in the next stage of the project.”

Although, with the route set to pass through a mix of both built-up and more rural locations, there will be close scrutiny of what the finished structure will look like.

The document said: “The viaduct deck is proposed to be constructed in weathering steel to ensure a durable and long-lasting structure which requires minimal maintenance.

“The material will age and weather to a deep brown colour over time.”

Although some borough councillors were uncomfortable with the concepts for the maintenance site when they were first presented last year.

The application is expected to be considered by Solihull Council’s planning committee later this year.