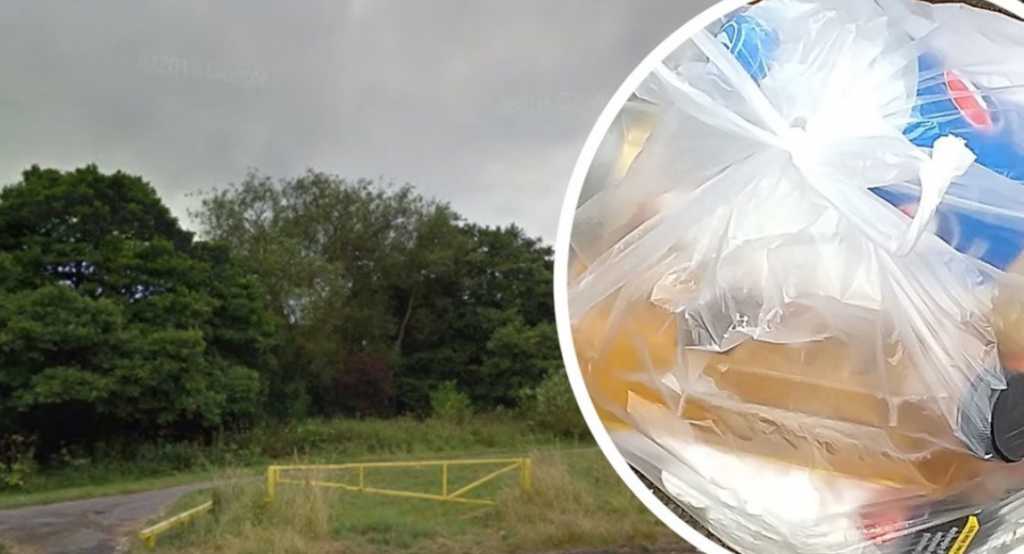 Disgust has been sparked in Solihull after the discovery of a public footpath being used as a makeshift toilet by long-distance lorry drivers.

Volunteers were regularly coming across bottles of urine and even human excrement when clearing up the Radway Road area, in Shirley – a popular stop-off for vehicles.

And the team has now stopped visiting this particular site because of the unpleasant finds among the undergrowth.

A request for parking restrictions, to prevent the HGVs staying overnight, was referred to Solihull Council road chiefs last year, but the plea was not ranked a high enough priority for a traffic regulation order (TRO).

Cllr Ken Hawkins, cabinet member for the environment and highways, has now asked the department to take another look at the issue, following fresh complaints about the human waste being left at the location.

Howard Nichols, from the Hillfield and Monkspath Litter Heroes group, said: “The amount of litter we collect is incredible.

“As well as empty bottles of spirits, there are always plastic bottles of urine and many examples of excrement in the bushes along the public footpath nearby. It’s absolutely disgusting.

“There are plenty of rest stops in the region and drivers should be using them instead of parking in areas that are not designed for overnight parking.”

The 63-year-old, who is also a Street Watch volunteer and Tory activist, said volunteers had stopped venturing down there a few months ago, although he still did a few clean-ups himself.

“You don’t know what’s in the bags and whatever you are picking up,” he said.

Calls for a clampdown in Radway Road have also been fuelled by a number of previous instances of lorries using the route as a turning circle and causing damage to a warehouse owned by armed forces charity Troop Aid – which occupies one of the units.

There was added frustration that many of the vehicles completing manoeuvres were not in fact delivering to the units.

In a report last summer, highways chiefs said: “It is recognised that there is a level of overnight commercial vehicle parking taking place, in Radway Road, on a regular basis.

“Much of this overnight parking is by foreign registered vehicles which local authorities find problematic when trying to issue fixed penalty notices.

“This is not an isolated issue affecting just Radway Road, and any solution that comes forward would have to take into consideration the serious risk of displacing the problem into other locations on the Cranmore industrial site.”

Mr Nichols has suggested any restrictions should run through the night, accepting that a crackdown during the day would pose problems for vehicles which had legitimate reasons to park.

Cllr Hawkins told the Local Democracy Reporting Service he had asked officers to revisit the issue, describing the frequent discoveries by litter pickers as “foul”.

“It’s become a favourite spot for some lorry drivers to park up there overnight,” he said, suggesting that word must have spread among hauliers that there was a free and accessible site available.