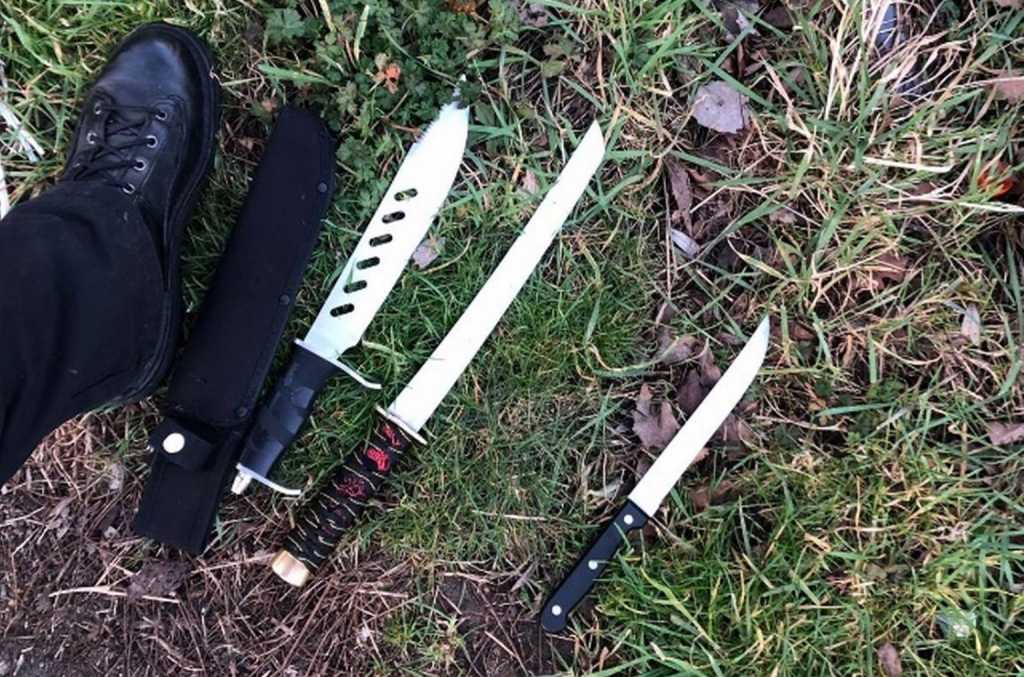 Solihull parks and public places are regularly being swept for weapons as part of police efforts to tackle knife crime.

The searches are being carried out amid rising public concern about violent offences, with open spaces and town centres seen as key “hot spots”.

Social media updates have revealed a number of weapons having already been uncovered in the undergrowth this year.

Back in May, officers found a fearsome-looking axe while combing the vegetation in Birmingham Road, Chelmsley Wood, and litter pickers stumbled upon a knife in nearby Crabtree Drive a couple of months earlier.

Supt Richard Agar, from Solihull Police, last week told councillors that despite a well-publicised increase in knife crime nationwide, the borough still had the lowest number of offences in the West Midlands.

“We do lots of weapon trawls in open spaces, again working with the council,” he said. “You will often see cops and PCSOs doing this.”

Cllr Bob Grinsell (Con, Olton) said he was a member of his ward’s Street Watch team and had asked if volunteers could be lent equipment to assist with weapons sweeps in the area.

“I’m very, very happy, as I’m sure every Street Watch member would be happy, to help,” he said.

“But we’re sort of kicking around through brambles with our shoes on, I fortunately took a great big rake with me, but I was the only one out of three of us.

“If we’re doing this in partnership with yourselves could you provide us, albeit on loan, with something like the metal wands?”

Supt Agar accepted the difficulties of scouring rough ground and said the police’s own search teams tended to use long walking poles. He said he would ask about options for lending kit to the Street Watch groups.

Half of all knife crime in Solihull is committed by under 25s and over half is linked to street robbery.

Analysis confirms that a high proportion of offenders and victims live in #ChelmsleyWood and #SmithsWood, with the force putting extra resources into these estates.

Cllr James Butler (Con, Blythe), a former police officer himself, said he was concerned that many of the blades being used tended to be household carving knives rather than the commando-style weapons which often make headlines.

“Whenever I personally dealt with knives, the majority of them would come from home. It was knives from the kitchen drawer usually.

“I think that presents a real problem there, because whatever we do with test purchasing etc, if it is as easy as to walk in the kitchen and get a weapon that’s a real issue for us.”

Supt Agar admitted this posed “a real challenge” as a family might overlook a missing knife, but he urged parents to also be aware of noticeable changes in a child’s behaviour.

The meeting heard other initiatives to tackle the problem locally included use of knife arches, work with schools and the much-publicised introduction of “bleed control kits” to allow speedy treatment of stabbings.