Carjackers on bikes threaten mum with hammer in Solihull 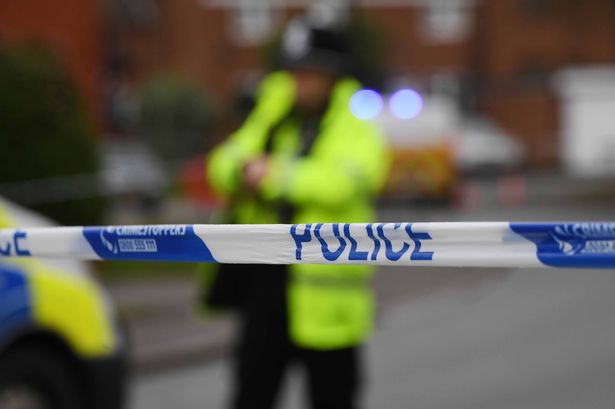 A brave mum has revealed how she escaped from terrifying carjackers in balaclavas who threatened her with a hammer on a residential road in Solihull.

The attack happened just after 5pm yesterday (Monday 11 November) on Bryanston Road as parents were collecting their children from after-school clubs.

The woman, who has not been named, was picking up her daughter when she claims she was targeted by ‘lads on bikes’.

She said one banged on her window whilst another tried to smash in her passenger window with a hammer. A car blocked her in as the man with the hammer went onto smash her bonnet, wing mirror and wing.

Sounding her horn repeatedly, the courageous mum managed to scare away her attackers. The police arrived in minutes and she said she learnt that she was one of ‘at least five similar incidents’ in one afternoon in the area.

Police are investigating and are appealing for anyone with any information to come forward.

The mum posted details of what happened on Facebook – and her post has been shared more than 1,000 times by worried residents.

Her post read: “Warning. Tonight at 5.06pm I was involved in an attempted violent car jacking. I was waiting for little miss in a residential area, 3 lads on bikes became 5 within a matter of minutes having ridden past my car several times.

“Not sure why I locked the passenger car (door). This was a road where parents where picking up their kids from after school club and had both foot traffic and cars turning in and out of the junction.”

She added: “Next thing I know a young lad is banging on my window saying get out of the car, I look round and there is a kid with a balaclava , he continues to bang on my window, this is obviously a distraction technique as next there is a man trying to smash in my passenger window with a hammer screaming for me to open the door.

“There is now a white estate car parked diagonally in front of me and the junction. Not sure what kicked in but shoved my hand on the horn and didn’t stop.”

She said that the man with the hammer went on to smash her bonnet, wing mirror and wing but, possibly due to her repeatedly sounding her horn, he returned to the car and took off.

“The police were there in minutes … apparently I am one of at least 5 similar incidents this afternoon in the area,” she said.

She was particularly upset that her daughter had witnessed some of what went on but was relieved that, whilst the car suffered extensive damage, both she and her child got out of the situation safe and well.

She issued this advice to other motorists: “The nights are closing in … lock your doors while stationery. Listen to your gut and make a lot of noise. This may help you.”

More than 250 people have commented on her post, praising her bravery and saying how glad they are that both mum and daughter are safe.

“Enquiries are ongoing as investigations continue.”

Anyone with information is asked to contact police via Live Chat www.west-midlands.police.uk between 8am and midnight, call 101 anytime or contact Crimestoppers anonymously on 0800 555 111. Please quote crime number 20SH/267069B/19.