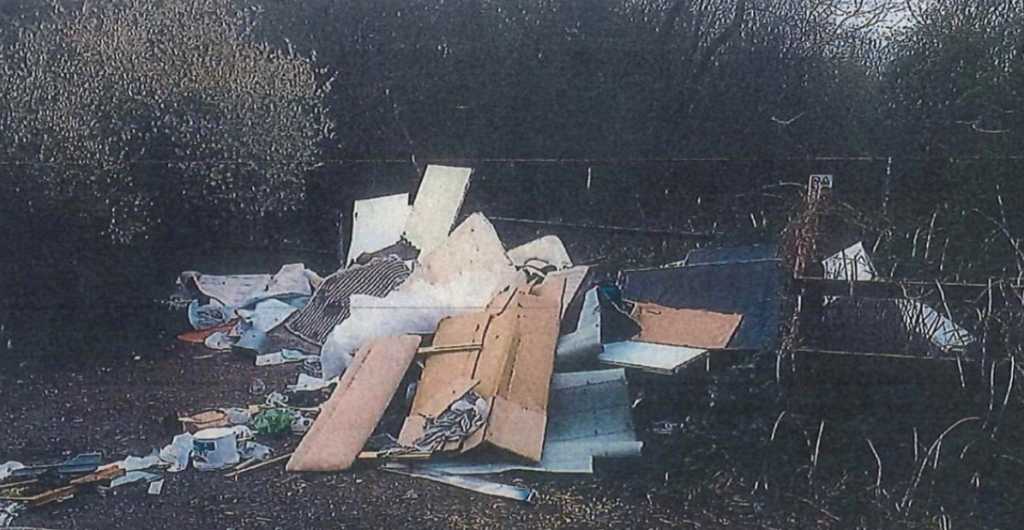 A Solihull man who fly-tipped doors, carpets, rugs and other household waste in a popular Birmingham park has been fined more than £6,000.

His illegal actions were captured on CCTV and he was successfully prosecuted under the Environmental Protection Act.

Birmingham Magistrates Court heard on Wednesday (5 February) how three men were seen dumping the rubbish from a van onto land at Scribers Lane on 15 April 2019.

The incident was caught on camera and investigations led to a rental van which has been hired by Qazi.

Qazi, who pleaded not guilty, claimed that he was unaware of the incident because he had lent the van to an acquaintance. But further enquiries were not able to trace the alleged acquaintance that Qazi had identified.

Councillor John O’Shea , Cabinet Member for Street Scene and Parks, said: “Trittiford Mill Park is an important wildlife habitat and has nesting sites for all sorts of birds, including migratory species from across the world and is also a valued community resource for residents of all ages.

“There is even an active allotment club directly opposite the area where the dumping took place.

“Anti-social and criminal behaviour such as this damages our much-loved parks and open spaces and will not be tolerated.

“This individual has absolutely no regard for Birmingham’s environment, so I am delighted we have secured another conviction that underlines our commitment to bring fly-tippers to justice.”

Birmingham City Council can only prosecute when credible evidence, that meets the criminal burden of proof, is available.

Anyone with information on any cases of fly-tipping is urged to contact BCC at www.birmingham.gov.uk/flytipping or SMBC: https://www.solihull.gov.uk/Resident/Parking-travel-roads/street-care/flytipping