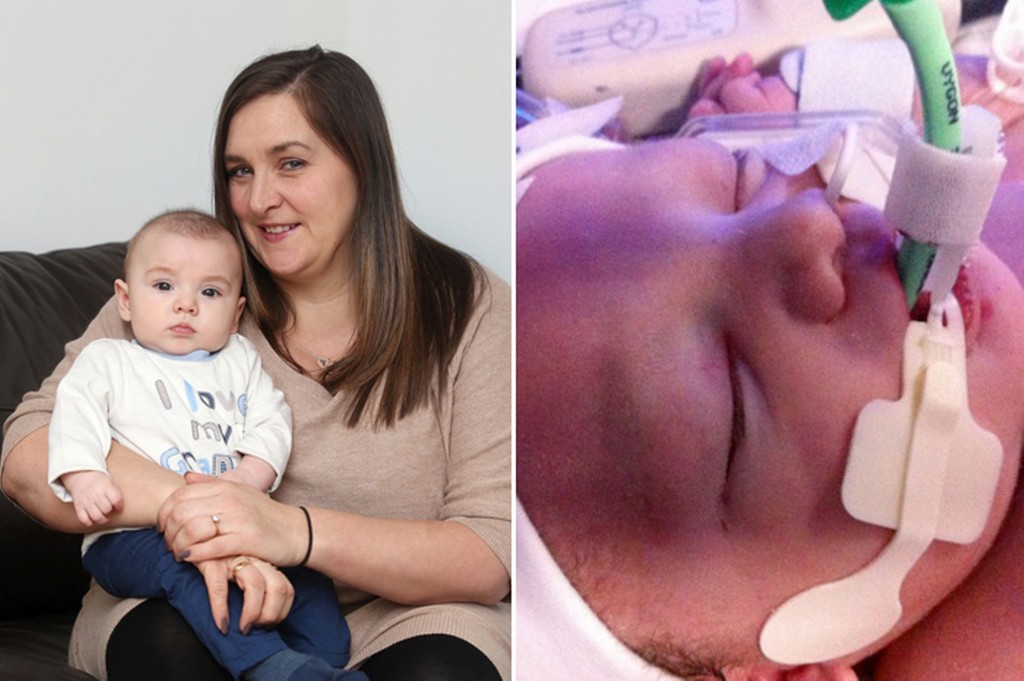 Little Harvey Sutton is one cool baby because his life was saved by sleeping on an ice bed. He was put on a high-tech cooling mattress after he was starved of oxygen before he was born, leaving him with only a 30 per cent chance of survival.

The three-day treatment at Heartlands Hospital saw Harvey’s body temperature cooled to 33.5C in a bid to stop him suffering brain damage but he beat the odds and is now thriving aged almost five months.

His mum Zoe, who had an emergency caesarean at Heartlands, said she would forever be thankful for the care he received. “It was eight days before we had our first cuddle”, she said. “When we finally took him home it was lovely but surreal. Now he is so happy and smiley, and is doing really well. We cannot thank the staff on the neonatal unit enough.”

Zoe, 38, from Marston Green, was rushed to hospital because she had not felt Harvey move for more than 36 hours. “When he was born I heard a small cry,” she said. “He looked very white and pale, and my partner and I could see the doctors were working on him. He was taken away and we were told he was extremely poorly. We had a quick glimpse of him but that was all we saw. Later we were taken to see him and he had about 12 machines hooked up to him. It was a scary time.”

Harvey’s brain had been starved with oxygen. He also had fluid on his lungs, anaemia, blood poisoning and three brain bleeds but he was allowed home after three weeks on the neonatal unit.

Dr Vidya Garikapati, consultant in neonatology at Heartlands, said: “Babies, like Harvey, receiving this treatment are placed onto a special cooling mattress which is filled with fluid that can be cooled or warmed according to the baby’s needs. Studies have shown this new treatment can prevent long-term brain damage as it allows time for the brain to recover as the brain processes slow down.”