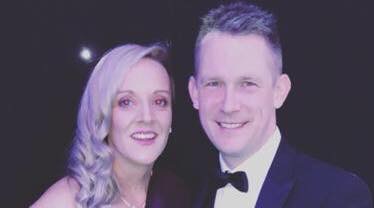 A charity set up as a “coping mechanism” by a couple whose daughter was stillborn has raised over £1million in ten years.

The Lily Mae Foundation was started a decade ago by Amy and Ryan Jackson from Balsall Common.

It has since supported many thousands of grieving families across the West Midlands and Northern Ireland.

Lily Mae was delivered stillborn on 5 February 2010 at Solihull Hospital.

“We started raising money straight away for national charity Sands,” said Mr Jackson. “But it was very difficult to get money directed to the sort of areas we wanted it to go.”

The couple drew on their own trauma to tailor support to local families and the foundation became a registered charity two years later.

“It’s such a unique grief. It flips the natural order of things,” said Mr Jackson.

“(Families) just want to speak to somebody and be in the company of someone who has experienced something similar to them.”

Over ten years the charity has given around 8,000 memory boxes – which contain items such as teddies and fingerprint kits – to parents and hospitals in Birmingham, the Black Country, Shropshire, Coventry, Warwickshire and Northern Ireland.

Links were forged with Royal Victoria Hospital, Belfast and Daisy Hill Hospital, Newry, after a woman from Northern Ireland received one of the foundation’s memory boxes when she gave birth to a stillborn baby in Birmingham’s Heartlands Hospital following a visit to the NEC.

Mr Jackson hopes to expand the charity nationwide, but is now focused on events to mark Lily Mae’s tenth birthday, including a white-collar boxing event and a series of physical challenge events for fathers.

“Men grieve baby loss differently but no less acutely than women,” he added.