Burglar jailed after shotgun and ammunition found hidden in lawnmower 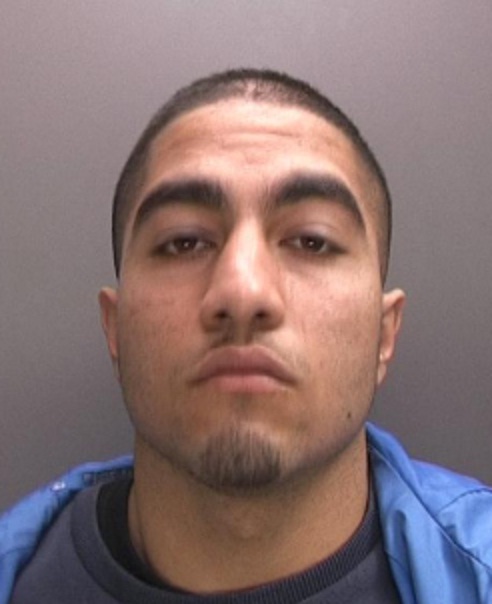 Police found a sawn-off shotgun and 51 rounds of ammunition hidden inside a lawnmower when they searched the home of a burglary suspect.

Teenager Gavin Sohal had been arrested by detectives investigating a Balsall Common break-in where an Audi A4 was stolen after keys and a wallet were swiped from a kitchen drawer.

Eagle-eyed officers identified Sohal as a suspect when security cameras caught him using one of the stolen bank cards at a cash point shortly after the late night 11th October burglary last year.

And when a search team sifted through his Coniston Road, Erdington, home on 4th December they found a double-barrelled shotgun and cartridges concealed inside a lawnmower’s grass trimmings basket.

The firearm’s serial number led police to link it to a break-in at an address in Atherstone, Warwickshire, on 5th March last year where thieves forced open a patio door to gain entry – the same tactic used during the Greenfield Avenue, Balsall Common, offence.

Investigating officer Detective Constable Kate Fitzgerald from West Midlands Police Force CID, said: “We’ve linked Sohal to two burglaries…we’ll now revisit other break-ins where similar entry tactics have been used and consider if he could be responsible for more.

“We have teams of search specialists, including sniffer dogs trained to detect firearms, available to support police warrants. Criminals may believe they’ve found ingenious hiding places for evidence but many, like Sohal, are quickly proved wrong.

“There’s no evidence to suggest Sohal used the firearm in anger or to assist in any offences but simply possessing a weapon is a very serious offence and one that’s guaranteed to result in a lengthy jail term.”

Bank enquiries revealed £300 was taken from the Audi driver’s account at 3.00am on 12th October with CCTV cameras catching the moment Sohal withdrew the cash from an ATM at Tesco’s Aston Lane store.

Another, this time unsuccessful, withdrawal attempt was made at TSB in Great Barr’s Walsall Road 10 minutes later and a CCTV trawl by police showed the Audi A4 being driven away from the bank at speed.

When Sohal (19) was arrested by detectives on 23rd October 2013 from his home address he was wearing a jacket similar to that being worn by the cash-point thief, whilst communications analysis revealed he was at the scene of both the burglary and the cash point.

DC Fitzgerald, added: “Sohal was a fairly familiar face to us having been previously arrested for drugs offences and aggravated vehicle taking – and when we looked at the CCTV footage we suspected Sohal was the burglar.”