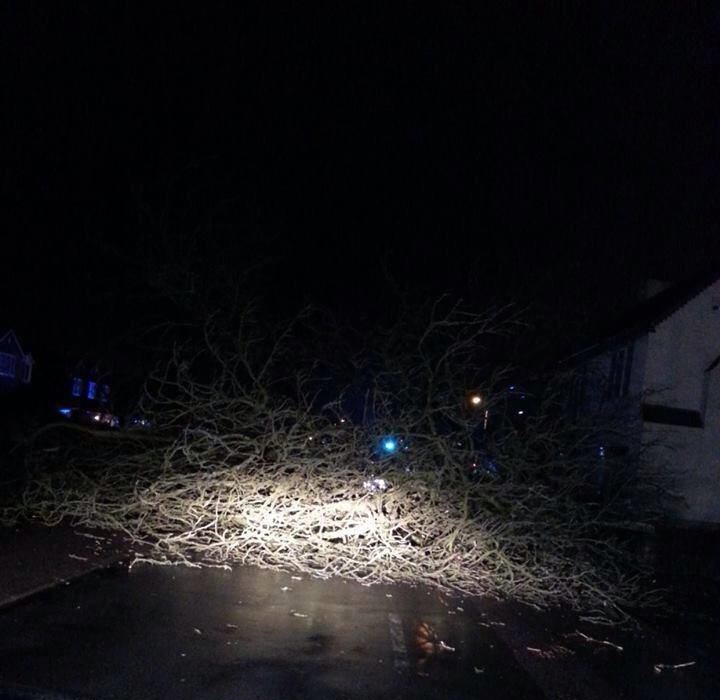 West Midlands Ambulance Service was called shortly after 7.15pm yesterday evening (14th) to Truemans Heath Lane in Hollywood, when a tree fell on a passing car.

An ambulance, a paramedic area support officer and the Trust’s MERIT rapid response vehicle, carrying a critical care paramedic and a trauma doctor, were dispatched to the scene.

On arrival at the scene crews found a fallen tree and a car that had left the carriageway and was in a garden. The vehicle had sustained significant damage to its front end and roof.

Due to the damage to the car, the driver, a man believed to be in his 50’s, had to be cut free from the vehicle. The man was treated at the scene for minor cuts and bruising and for back and neck pain injuries. He was fully immobilised and given pain relief before being conveyed to the Alexandra Hospital in Redditch for further assessment and treatment.